Strike on Kremenchuk: the number of victims has increased, rescue work continues 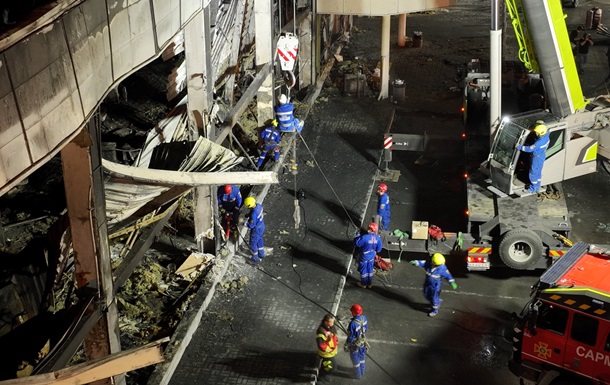 Rescuers clear the rubble in Kremenchug

According to the latest data, 18 people died from a missile attack on the mall, rescuers dismantled fragments of building structures over 60% of the total area.

The death toll from a missile attack on the Amstor shopping center in Kremenchug has increased to 18 people. Search and rescue work continues. More on this Tuesday morning. June 28, according to the press service of the State Emergency Service.

It is noted that now the rescuers are dismantling the damaged building structures with the help of heavy engineering equipment and small-scale mechanization.

“The units of the State Emergency Service examined and dismantled fragments of building structures on 60% of the total area of ​​the facility,” the report says.

It is also reported that as a result of the shelling of the shopping center, 18 people were killed, of which one person died in the hospital.

“59 people applied for medical help, 25 of them were hospitalized in the intensive care hospital in Kremenchug. The Headquarters for the elimination of the consequences of the emergency coordinates the activities at the scene of the incident. – the message says.

As noted, 440 people (including 14 psychologists) and 70 units were involved in the work from the State Emergency Service. technology.

Recall that the leaders of the G7 countries and the UN representative condemned the missile attack on a civilian object and stressed the inevitability of punishment of the military-political leadership of Russia.

Gaidai: There is a total destruction of the inhabitants of the Luhansk region by the Russians