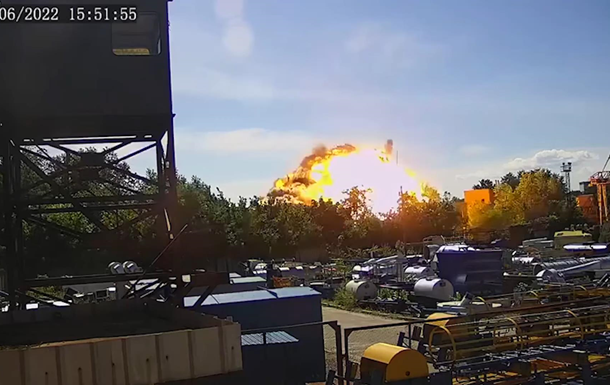 The Ukrainian government has all the names and surnames that made the decision to carry out a missile attack on Kremenchug.

President of Ukraine Volodymyr Zelensky on Tuesday, June 28, showed a video of a direct hit by a Russian missile on a shopping center in Kremenchug.

At the same time, the Ukrainian leader threatened Russian propagandists who lie about this attack with liability.

“I want to say about the responsibility of those Russian propagandists who lie about this terror, who are trying to justify the actions of the Russian army. Each of you will also be punished. We have all the evidence of what the Russian military is doing against our people. Today I want to end this appeal with one of such evidence – so that no one dares to deceive about a missile strike on a shopping center in Kremenchug. The Russian missile hit exactly this object, purposefully. Obviously, that was the order. Obviously, these are the coordinates received by the Russian assassins for this missile. They wanted to kill more people in a peaceful city, in an ordinary shopping center,” Zelensky said.

At the same time, Zelensky showed a video of the moment of arrival. The video shows how the rocket accurately hits the mall.

Zelensky stressed that the Ukrainian authorities have all the names and surnames that made the decision to carry out a missile attack on Kremenchuk.

He added that as of this evening, the total number of Russian missiles hitting Ukrainian cities is already 2,811.

“And how many more air bombs, how many artillery shells?!”, he said.

Recall that on June 27, the Russians launched a missile attack on the Amstor shopping center in Kremenchug. The second missile damaged the building of JSC Kredmash, which produced only spare parts for civilian vehicles. More than 20 people were killed in the Russian missile attack.

Prosecutor General Irina Venediktova is convinced that the missile attack on the Amstor shopping center can be considered by the UN International Criminal Court as a crime against humanity.

Hackers congratulated the Russian Federation on the Constitution Day of Ukraine

In Latvia, they announced how long the Russian Federation will be dangerous