A bridge collapsed near Kyiv due to a lightning strike, there are victims 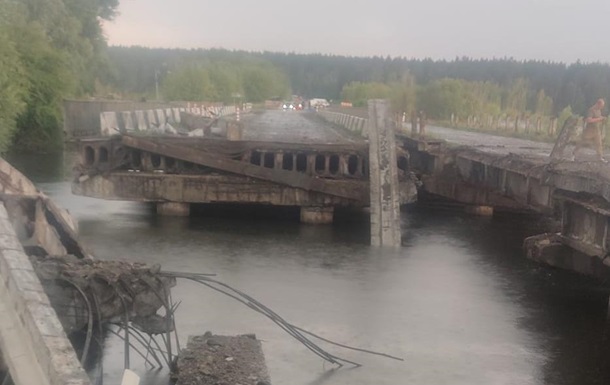 Destroyed bridge over the river Irpin

The injured are receiving medical assistance. Investigations are underway to determine the cause of the incident.

In the Kyiv region in the village of Demidov, as a result of a lightning strike and detonation of an explosive device, a bridge over the Irpin River was destroyed. There are dead and wounded. This became known on Wednesday, June 29.

So, the head of the Dymersky territorial community Vladimir Pidkurganny wrote in Facebookdue to damage to the bridge crossing in the village of Demidov, traffic is temporarily impossible.

In the comments to his post, he also wrote about the causes of the damage: “Detonation due to lightning. Do not panic.”

Pidkurganny added that the issue of passage through Kozarovichi was being resolved.

In turn, the Kyiv Regional Military Administration informed one dead and two wounded. Victims are provided with qualified medical assistance. Investigations are underway to determine the cause of the incident.

Earlier, in Cherkassy, ​​travel restrictions were imposed due to damage to the bridge as a result of a missile attack by Russian invaders. In particular, the passage of vehicles over 8 tons is prohibited.