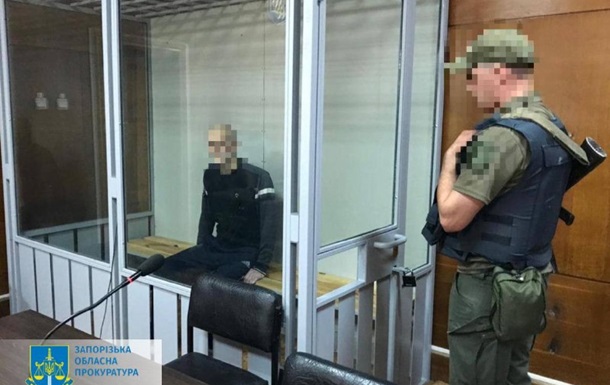 A citizen of Ukraine, being in the territory controlled by the occupiers, joined the ranks of an illegal armed formation and took part in the attack on Zaporozhye.

On June 27, when prosecutors of the Zaporozhye Regional Prosecutor’s Office were publicly accused, the Oktyabrsky District Court of Zaporozhye found guilty a militant of the so-called “DPR” of high treason and participation in paramilitary or armed formations not provided for by law (part 2 of article 111, part 260 of the Criminal Code of Ukraine). He was sentenced to 15 years in prison with confiscation of all proper property. About this June 29 informs prosecutor’s office of the Zaporizhia region.

Prosecutors proved in court that at the beginning of March 2022, a citizen of Ukraine, while in the temporarily occupied territory of the Donetsk region, voluntarily joined the ranks of an illegal armed formation controlled by the so-called “DPR”. He was promoted to the position of squad leader. Later, in its composition, together with the military units of the Russian Federation, he carried out an offensive against Ukraine with the aim of seizing the territories of the Zaporozhye region. As a result of clashes with units of the Armed Forces of Ukraine, he was taken prisoner. Later he was detained and a measure of restraint in the form of detention was chosen for him.

Pre-trial investigation in criminal proceedings was carried out by investigators of the SBU Department in the Zaporozhye region.

Recall, the Security Service of Ukraine has established the identity of two more commanders of the Russian army, who gave the order to brutally torture and shoot five civilians in the Kyiv region.

NATO will support Ukraine as much as necessary - Secretary General