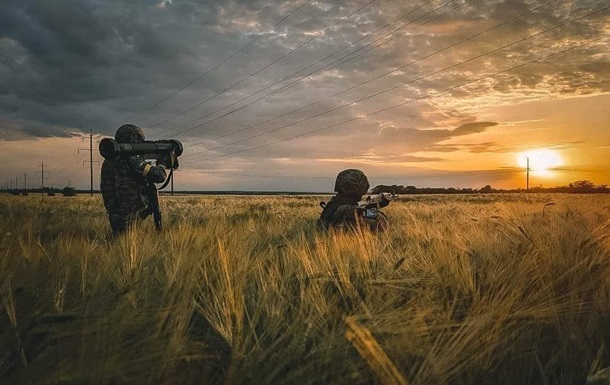 In the Slavyansk direction, the enemy is conducting assault operations to create conditions for a further offensive on Barvenkovo ​​and Slavyansk.

The General Staff reported that the Russian troops over the past day achieved partial success in the Bakhmut direction. The enemy is also intensifying shelling of border zones. This was announced on Wednesday, June 29, in a summary of the General Staff of the Armed Forces of Ukraine.

The combat readiness of the armed forces of the Republic of Belarus is being tested in the Volyn and Polesye directions. According to available information, for the period from June 28 to July 16 of this year, a military meeting with those liable for military service is planned in the Gomel region. According to the plans of the meeting, issues of forming separate rifle battalions of territorial troops, conducting combat coordination, as well as organizing the protection and defense of facilities will be worked out.

The threat of air and missile strikes remains.

In the Seversk direction, the enemy continues to hold in the border areas on the territory of the Bryansk and Kursk regions up to three battalion tactical groups from the 1st Tank and 20th Combined Arms Armies and airborne units. The aggressor fired artillery at the positions of the defense forces in the border areas of the Sumy and Chernihiv regions.

For the purpose of fire destruction of the border regions of the Sumy region, the deployment of Grad multiple launch rocket systems in the immediate vicinity of the state border of Ukraine was noted.

In the Kharkov direction, enemy units are concentrating their main efforts on holding their previously occupied positions. In order to clarify the position of our troops, the enemy conducted aerial reconnaissance in the areas of the settlements of Tsirkuny and Kutuzovka.

In the Slavyansk direction, the enemy is concentrating its main efforts on conducting assault operations in order to reach the Bogorodichnoye-Krasnopolye line and create conditions for a further offensive on Barvenkovo ​​and Slavyansk. He fired at the positions of our troops in the areas of the settlements of Mayaki and Serebryanka.

As part of the logistics and manning of the affected troops, the enemy moved weapons and military equipment to certain areas.

In the Donetsk direction, the main efforts of the enemy are concentrated on conducting military operations in the Lisichansk and Bakhmut directions with the aim of encircling the city of Lysichansk.

In the Lisichansk direction, the enemy continues the offensive in the direction of Volchoyarka – Verkhnekamenka.

In the Bakhmut direction, he is advancing in the directions of Mednaya Ryzhaya – Klinovo. It has a partial success, it is fixed in the northern part of Klinovoye and near the E-40 highway (in the area of ​​the Uglegorskaya TPP).

In the Novopavlovsky direction, the occupiers were transferred to two battalion tactical groups from the Avdeevsky and Bakhmutsky directions.

On the Avdeevsky, Kurakhovsky and Zaporizhzhya directions, the enemy did not conduct active operations. It has a systematic fire influence in order to tie down units of the Ukrainian defense forces.

In the South Buzh and Tauride directions, the invaders’ subunits are concentrating their main efforts on holding the previously occupied lines.

In the Krivoy Rog direction, the enemy, in order to strengthen his units, moved to a certain area in one battalion tactical group.

In order to cover the areas of concentration of weapons and military equipment, the aggressor additionally deployed an S-300VM anti-aircraft missile battery in the Nikolaev direction.

Three carriers of sea-based cruise missiles of the Caliber type are in readiness for the use of missile weapons in the Black Sea.

Earlier, the operational command of the South reported a powerful blow to the occupiers in the south. Ukrainian defenders destroyed ammunition depots, Hurricane air defense systems, enemy equipment and dozens of invaders.

A resident of St. Petersburg was arrested for two months in the case of "fakes" about the Russian army due to posts on VKontakte

Attack on Nikolaev: the number of victims has increased