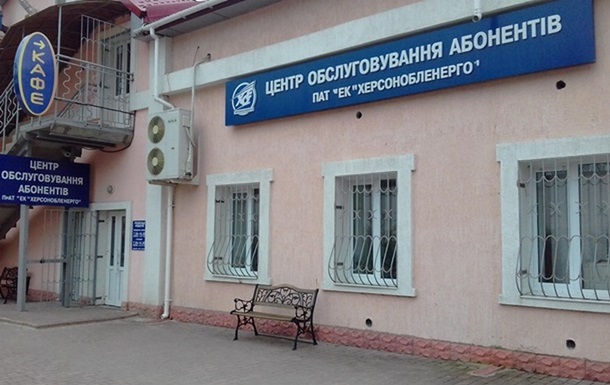 Khersonoblenergo stressed that today the supply of electricity to the territory of the Kherson region is carried out from the controlled territory of Ukraine, exclusively by Ukrainian suppliers.

The occupiers and collaborators seized individual objects of Khersonoblenergo. which ensured the supply and distribution of electricity. About it report in the press service of JSC Khersonoblenergo.

“On June 27, 2022, representatives of the so-called Kherson military civil administration, with the support of representatives of the FSB of the Russian Federation and the participation of the head of the air and cable electrical networks service of Khersonoblenergo JSC, seized individual facilities belonging to Khersonoblenergo JSC and providing the supply and distribution of electrical energy to consumers in the Kherson region. During the occupation of the enterprise by the occupiers, the so-called new head of the enterprise Zhakhanovich Yu.E. was introduced, who has nothing to do with the executive bodies of JSC Khersonoblenergo. The only legitimate head of the company is the chairman of the board Safronov I.M.

The statement says that since June 27, Khersonoblenergo has partially lost control over the maintenance of electrical networks in the Kherson region. The occupation authorities put pressure on the employees of the enterprise, in particular, they force them to write applications for cooperation.

Khersonoblenergo stressed that today the supply of electricity to the territory of the Kherson region is carried out from the controlled territory of Ukraine, exclusively by Ukrainian suppliers.

“Payment for the supplied products is made only in the national currency of Ukraine, the hryvnia, and all other possible payments are fraud,” the company stressed.
The management of the joint-stock company appealed to the law enforcement agencies of Ukraine.

Recall that the invaders kidnapped the mayor of Kherson.