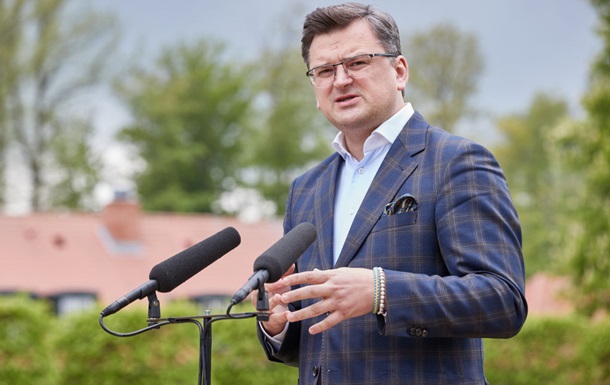 The head of the Foreign Ministry called for finding a mechanism that would stop Russia’s membership in the organization, otherwise the aggressor country would destroy it.

Ukrainian Foreign Minister Dmytro Kuleba urged the OSCE to find a way to stop Russia’s powers. He stated this during a remote speech at the annual conference of the organization, reports European truth.

The Foreign Minister began by asking what the representative of the Russian Federation is still doing at the OSCE table.

“Russia has been indulging for too long, and now we have to deal with a monster that destroys everything in its path. (Russian President Vladimir) Putin has openly stated his aggressive plans to restore the Soviet empire – in essence, the conquest of neighboring sovereign states. Members of the Russian political establishment regularly threaten other countries with nuclear strikes. Let me remind everyone that we are talking about one of the permanent members of the UN Security Council, who was instructed by the world community to maintain international peace and security, and not to destroy them,” Kuleba stressed.

He urged the OSCE to make a choice: let Russia destroy the organization, or find a way to stop the aggressor.

“They say the OSCE doesn’t have the appropriate mechanisms. Well, then create such a procedure and expel them… The OSCE must make a difficult choice. Leave everything as it is and allow Russia to destroy the organization, or take action and find a way to suspend the powers of the Russian Federation “Formalism will not help here. At a time when the future of the security order in Europe is at stake, decisive action is needed. If a precedent is needed for this, create it,” the Ukrainian minister said.

He assured that Ukraine, of course, seeks peace and never wanted war, but since Putin’s imperial goals remain unchanged, negotiations with him will become possible only after the defeat of the Russian Federation on the battlefield.

“I am sure that Ukraine will win. In fact, Ukraine’s victory is in the interests of everyone, including the OSCE, because it will restore peace, justice and security in Europe. The question is the price that Ukraine and all of Europe will have to pay for this,” Kuleba said. .