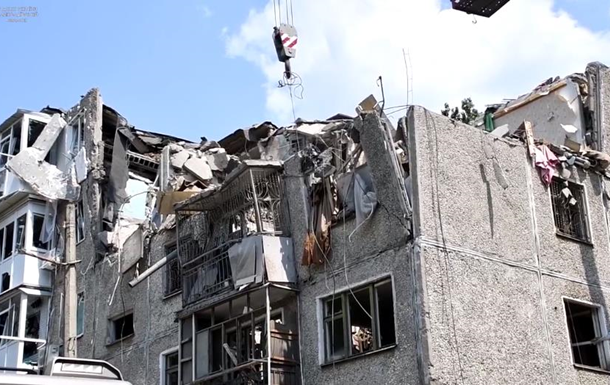 A house destroyed by shelling in Nikolaev

During the rescue operations, two rescuers were injured, according to the press service of the State Emergency Service.

As of 17:30 on Wednesday, June 29, in Nikolaev, as a result of a rocket attack on a five-story residential building, five people were killed and one person was injured. About it report in the press service of the State Emergency Service.

It is reported that the fighters of the State Emergency Service managed to save three people.

During the rescue operations, two employees of the State Emergency Service were injured.

Let’s remind, in the morning in Nikolaev Russian troops launched a missile attack on a residential high-rise building. Initially, two dead and three injured were reported. The death toll later rose to three and the wounded to five.

Several ministers of culture signed a memorandum of support for Ukraine