Ukraine received a transport visa-free regime with the EU 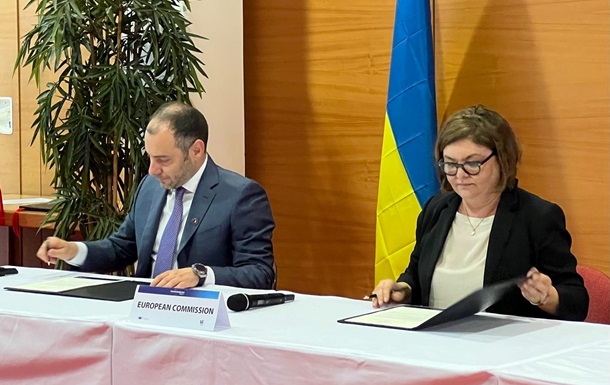 The agreement eliminates the need for Ukrainian carriers to obtain appropriate permits for bilateral and transit transportation to the EU states.

Ukraine has signed an agreement on the liberalization of road transport with the European Union. About it informs Ministry of Infrastructure on Wednesday 29 June.

The document was signed in French Lyon. The agreement eliminates the need for Ukrainian carriers to obtain appropriate permits for bilateral and transit transportation to the EU states and avoids stopping the export of Ukrainian products through automobile checkpoints.

Negotiations to conclude this agreement began last fall, but given the difficult logistical situation in Ukraine caused by the blockade of seaports and damage to transport infrastructure, the EU has significantly accelerated the process of agreeing on an agreement.

In addition, the agreement provides for measures to simplify the recognition of driver’s documents. Now Ukraine and the EU exempt the holders of a driver’s license issued by one of the parties from the requirement to have an international driver’s license.

The term of the agreement is one year with the possibility of extension, and temporarily comes into force from today. The agreement will start working on a permanent basis upon completion of all ratification procedures.

The pressure on vehicles caused by the maritime blockade has significantly increased the need for permits for international transport, which in some areas has increased several times. Such permits are required by carriers in order to export or import goods by road.

In the first month of a full-scale invasion, the Ministry of Infrastructure managed to reach agreements on the temporary cancellation of trucking permits with 12 EU countries, but many were expiring in the summer. Consequently, there was a risk that permits would run out in autumn and road freight transport would stop.

Recall that within three years Ukraine planned to obtain five visa-free regimes with the EU. Most of them have already been completed. We are talking about agreements in the field of energy, customs, transportation, the digital market and trade conditions.