Usyk could become the best boxer in history – promoter 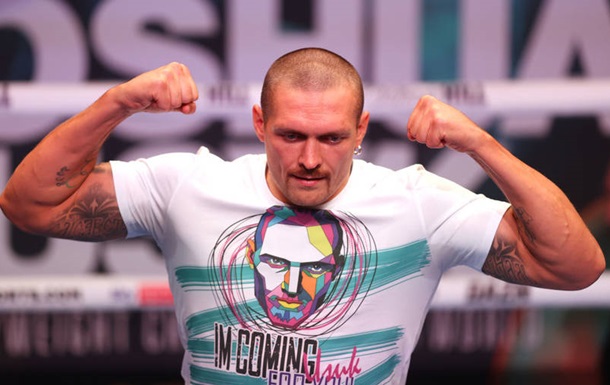 Krasyuk spoke about the preparation of Usyk

Oleksandr Krasyuk spoke about the importance of a future rematch between the Ukrainian and Anthony Joshua.

The future revenge of Oleksandr Usyk and Anthony Joshua is very important, because it opens up huge opportunities for the Ukrainian. About this in an interview with the YouTube channel SecondsOut said the promoter of the world heavyweight champion according to WBA, WBO, IBF and IBO Alexander Krasyuk.

According to him, Usyk has a chance to write his name in the history of boxing. Therefore, the Ukrainian boxer, at the moment, is working hard in training.

“Usyk trains in the same climate zone where the fight will take place. He is in Dubai.

He is a road warrior. I remember his last fight in Ukraine in December 2015, before he became the cruiserweight champion for the first time. Other fights were in Germany, Latvia, USA, England, so training in the UAE is not a problem for Usyk.

Now his family is safe, his mother is safe. Usyk has no pressure because of the location of his relatives. Now he and his team are concentrated and focused, they are working hard and doing things that they have never done before.

They need to perform tasks that they have not encountered before. They have already won the title as a mandatory contender, but now the task is different – to defend the titles and be the champion.

He will probably be the best boxer not only in the history of Ukraine. Nobody has achieved this. Absolute champion in two divisions. This is history,” Krasyuk said.

The functionary also expressed confidence in the transience of Tyson Fury’s retirement, and that the Briton would definitely return for the title of absolute champion.

“This is not the first time Fury retired. Also, Fury has problems with rematches. He dealt with Wilder, but not with Wladimir Klitschko.

Four belts is something that has never happened in the history of boxing in the heavyweight division. This is a historic moment. It’s not about money, it’s just a legacy. And this is a true incentive for a warrior. If the boxer is a real man, then he will agree to fight for free for such a status.

So I don’t think it’s a big problem – Tyson Fury’s retirement. I think he can easily decide to return,” Krasyuk summed up.