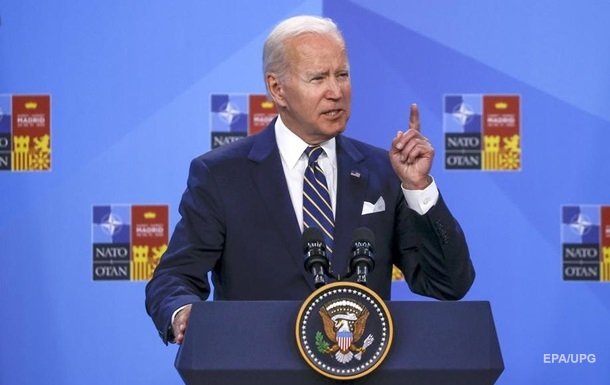 Russia will not be able to maintain the level of oil production due to limited access to technology under sanctions.

The US and its allies will not provide insurance to Russian tankers that carry oil. This will interfere with the transportation of this energy resource. About it said US President Joe Biden at the NATO summit in Madrid on Thursday, June 30.

“We (Western countries – ed.) will not provide insurance to Russian ships for the transportation of oil. So they will have huge problems in delivering it to customers,” Biden promised.

He predicted that Russia would face increasing difficulties in maintaining the level of oil production due to limited access to technology in the face of sanctions.

Biden stressed that the price cap mechanism would allow Russia to profit from oil exports, but it would be lower than current volumes.

Recall that in early June, the EU agreed to ban the import of Russian oil. The embargo will affect 90% of all Russian oil imports by the end of this year. This embargo will come into effect six months after the introduction of the sixth package of sanctions.

In Volgograd, a 62-year-old driver was fined for shouting "Glory to Ukraine!" to the military commissar.