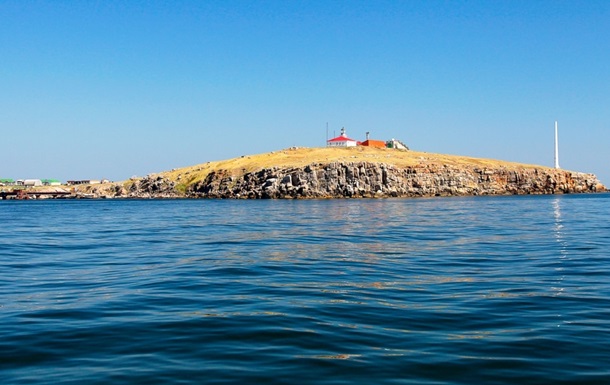 The armed forces of Ukraine, as a result of a series of powerful blows, defeated the garrison of the invaders on Zmeinoye Island, forcing them to urgently flee.

Ukraine continues to make progress in the Black Sea. The occupiers were expelled from Snake Island. The Ministry of Defense of the Russian Federation did not come up with anything better than to call their flight and complete defeat “an act of good will.” What is the strategic importance of the island, which occupies only 0.2 square kilometers.

Serpentine allows you to control the surface and, to a certain extent, the air situation in southern Ukraine. He could also give the Russian Federation the opportunity to land a tactical amphibious assault on the territory of the occupied Transnistria.

“Whoever controls the island can at any time block the movement of civilian ships in all directions to the south of Ukraine… Serpent Island is the territory of Ukraine, and we will de-occupy it and fight for it for as long as we need. This is a strategically important point to open trade sea routes, bring weapons to us and exclude any possible military actions of Russia on the territory of the PMR, from which they can attack the western part of Ukraine, ”said Kirill Budanov, head of the Main Intelligence Directorate of the Ministry of Defense.

If a battery of medium-range air defense systems could be placed on Zmeiny, then it could cover the landing operation of the Russian Navy near Odessa, which is feared in Ukraine.

If Russia were able to gain a foothold on the island, deploy air defense, coastal defense and cruise missiles there, it could dominate the northwestern part of the Black Sea, the British Ministry of Defense believes.

A few hours after the start of a full-scale Russian invasion of Ukraine, the Russian flagship Moscow approached the Snake Island and invited the Ukrainian garrison on it to surrender. The answer of the Ukrainian military “Russian warship, go to …” immediately became legendary.

A successful Ukrainian attack on Zmeiny was carried out on June 20, after which the Armed Forces of Ukraine reported significant losses in the ranks of the Russian garrison on the island. On the same day, Russia launched 14 missiles at the Odessa region – the Ukrainian military then said that this was a reaction to a strike on the island.

According to Justin Bronk, an expert at the Royal United Defense Research Institute (RUSI), Russian forces left the island, probably due to the appearance of new long-range artillery in the Ukrainians. The Armed Forces of Ukraine compared the island with Chernobaevka, where Ukrainian strikes over and over again covered the incoming Russian forces.

“It has always been difficult for Russia to hold this island. Ukraine has recently carried out several technically innovative and impressive attacks – both with the help of missile systems and sometimes with the help of aircraft. Russian air defense systems and other systems stationed on the island were systematically destroyed. The Russians constantly brought to the island new systems that were hit on the approach to the island. I think this is the result of Russia’s recognition of the fact that Ukraine now has a significant amount of long-range artillery,” the expert says.

The head of the Office of the President of Ukraine, Andriy Yermak, called the statement of the Russian Ministry of Defense about the voluntary withdrawal of the garrison from the Zmeiny Island a lie.

“There are no more Russians on Serpentine. The Ukrainian Armed Forces carried out an excellent operation and knocked them out.

In Russia, they talk about the alleged withdrawal of troops from Zmeiny Island and present it as a “goodwill gesture.” Like, Russia does not interfere with humanitarian corridors for the export of Ukrainian grain. But all this is a complete fake. Firstly, the Armed Forces of Ukraine kicked the Russians out of Snake Island. Secondly, the Russians are shelling warehouses with our grain. In the morning, a warehouse in the Dnepropetrovsk region was shelled,” Yermak said.

British Prime Minister Boris Johnson said that the release of Serpentine shows that Ukrainians are able to repel the aggressor country of Russia, reports Independent.

“If you want proof of the amazing ability of the Ukrainians to fight back in order to overcome adversity and fight back against the Russians, then look what happened just today on Serpent Island, where Russia again had to retreat,” Johnson said at the NATO summit in Madrid. According to him, in the end, “it will be impossible for Putin to hold on to a country that will not accept his rule.”

“Everything goes according to plan? Once again, as a “goodwill gesture,” Russian troops are fleeing Zmeiny Island, the Russian Defense Ministry confirmed. That is, in order to “fall in love” with goodwill in Moscow, you need to systematically beat it. So fewer words – more weapons, and rather to a world without the Nazi letter Z…”, wrote Mikhail Podolyak, adviser to the head of the OP, on his Twitter page.

Influenza vaccination is maintained until stocks are exhausted in RJ