Energoatom delegation made a demarche at the IAEA conference 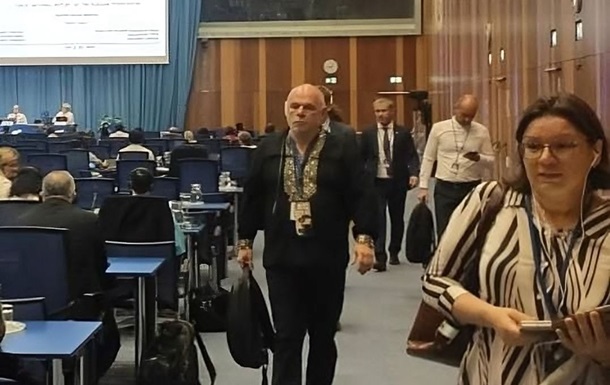 Energoatom delegation made a demarche at the IAEA conference

When the representative of the Russian Federation began to speak, the nuclear scientists from Ukraine present at the conference defiantly left the meeting room.

The Ukrainian delegation defiantly left the international conference organized by the IAEA during the speech of the representative of Russia. About it informs SE NAEK Energoatom.

It is reported that the Seventh Meeting of the Contracting Parties to review the implementation of obligations under the Joint Convention on the Safety of Spent Fuel and Radioactive Waste Management continues in Vienna on June 27.

“The terrorist state is widely represented at this event, and, despite the comments from the Ukrainian delegation to the organizers, its representatives at one of the meetings not only announced their reports, but also chaired a number of sections,” the NAEC noted.

The report notes: when the representative of the Russian Federation began to speak, the nuclear scientists from Ukraine present at the conference, headed by the chairman of the State Inspectorate for Nuclear Regulation of Ukraine, Oleg Korikov, and the chief consultant to the president of NNEGC Energoatom, Oleksandr Motsyk, left the meeting room.

Almost a third of Brazilians have to survive on up to R$497 per month, according to FGV