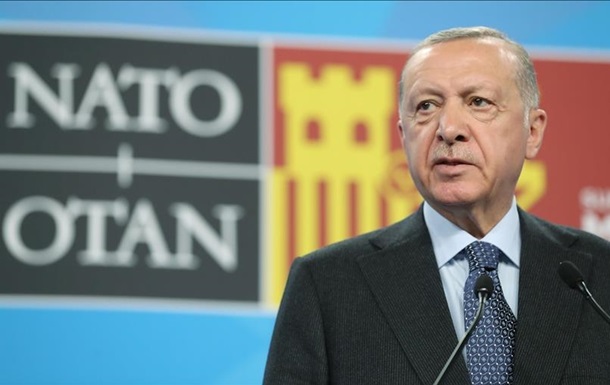 If the application of the Scandinavian countries is not approved by the Turkish parliament, the process of admission to NATO will not be completed, the Turkish leader warned.

Turkey will agree to ratify Finland’s and Sweden’s accession to NATO only if the Scandinavian countries fulfill the requirements specified in the memorandum. This was stated by Turkish President Recep Tayyip Erdogan at a press conference following the NATO summit in Madrid, reports Anadolu on Thursday, June 30th.

Touching upon the topic of NATO expansion, Erdogan noted that “the trilateral declaration with Sweden and Finland is a diplomatic victory for Turkey and the Turkish people following a difficult process of negotiations.”

According to him, within the framework of the agreements reached, Sweden promised to extradite 73 “terrorists” to Turkey.

Erdogan assured that Ankara will closely monitor the implementation of the provisions of the memorandum and take its further steps taking into account the real state of affairs.

“If the application of the Scandinavian countries is not approved by the Turkish parliament, the process of admission to NATO will not be completed. Therefore, Finland and Sweden need to fulfill their obligations. These countries must close the doors to the PKK, YPG and FETO terrorists. The necessary changes must be made to national legislation. If these words are not fulfilled, then let them not be offended. We will take appropriate steps. If these words are not fulfilled, then the issue will not be discussed in the Turkish parliament,” Erdogan said.

Recall that on June 28 in Madrid, Turkey agreed to support the entry of Sweden and Finland into NATO. Concrete steps were discussed during subsequent negotiations.

And on June 29, Finland and Sweden were officially invited to join NATO. All 30 participating countries must ratify their entry into the Alliance.

"It's been 22 years fighting for justice": Wife of murdered peasant is heard in OAS trial