Lithuania stopped the passage of trains in transit through its territory from June 18 and, since June 21, the transport of goods from Russia with products subject to European Union sanctions.

According to the governor of the Kaliningrad region – Russian territory with no direct connection to the rest of the country (see map below) – the ban affected 40% to 50% of goods transported from regions of the Russian Federation to the enclave. Russian authorities have accused Lithuania of “blocking” transport and have threatened to take retaliatory measures if restrictions are not lifted.

Kremlin spokesman Dmitry Peskov explained that Russian officials are now seriously looking into what is happening and, through the Foreign Ministry, are relaying their position to colleagues in other countries. “I would even say that, unfortunately, they are no longer partners, but our adversaries,” said Peskov. According to him, it is necessary to “prepare for the worst”.

The tense tone was maintained by Belarusian President Alexander Lukashenko, who, in a meeting with Russian President Vladimir Putin, said Lithuania’s actions to isolate Kaliningrad are akin to a declaration of war.

“Lately, there has been an increasing flow of information about the plan to stop Russia’s transit through Belarus to Kaliningrad. This is similar to declaring some kind of war. This is unacceptable under modern conditions,” Lukashenko said.

The Kaliningrad region is an enclave in the Baltic Sea that has belonged to Russia since the end of World War II, when it was annexed from Germany, and lies between Poland and Lithuania, having no territorial continuity with the rest of the country. 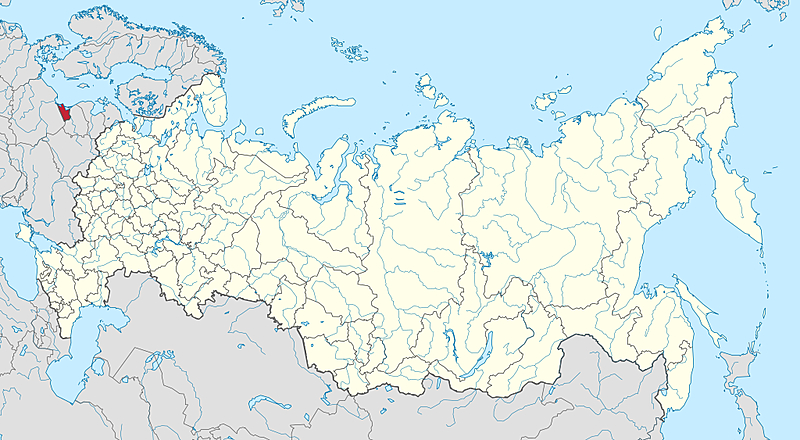 Political scientist Ivan Preobrazhenskii, in an interview with Brazil de facto, noted that Kaliningrad has a strategic importance for Russia, considering that the territory is surrounded by European Union countries. The transit of goods to the region takes place exclusively from Russia, using the so-called “Suwalki Corridor”, which passes through the territory of Lithuania.

Furthermore, the analyst points out that it was in preparation for the attack on Ukraine, which began on February 24, that Russian authorities transferred a significant amount of weapons to Belarus, where they placed them close to the border with Lithuania and Poland, increasing the presence of weapons in the border areas.

Based on these scenarios, the political scientist believes that the most likely scenario that can be drawn is for Russia to announce that the Kaliningrad region is under a blockade by the European Union and, thus, “to supposedly avoid a humanitarian catastrophe, it can announce that Russian planes will fly directly from Belarus through Lithuania to Kaliningrad by the shortest route.”

“And so that they do not suffer external influence, the air defense systems of the Kaliningrad region and Belarus ‘close the sky’ over the Suwalki corridor. This is aggression, but there is no military action and NATO North Atlantic, the western military alliance) faces a difficult issue of providing direct military assistance to Lithuania in this situation.”

Ivan Preobrazhenskii adds that “any delay will serve to weaken the North Atlantic Alliance and some small countries may think it is useless to count on the protection of allies and will try to negotiate with Moscow”.

The second possible scenario is that the crisis “simply ends as soon as the European Union gives Lithuania a firm understanding that it does not believe that sanctions can be applied to the transit of Kaliningrad”.

“The third option is a direct military confrontation on land or at sea. This, in my opinion, is only possible if Russia wins Ukraine. Otherwise, Putin will not have enough resources. This is the only direct link between Lithuania and the Russian attempt to conquer Ukraine”, he adds.

It was reported last Wednesday that the European Union is discussing possible ways to allow Russia to deliver sanctioned cargo across European territory to the Kaliningrad region. According to sources cited by the agency Reutersone of the compromise options suggests the interpretation that “the exception is possible due to the fact that we are talking about the supply of goods by Russia to its own enclave, and not about common international trade”.

On the other hand, last Wednesday (29), the first deputy chairman of the Committee on Foreign Affairs of the Council of the Russian Federation, Vladimir Dzhabarov, said that Lithuania’s “blockade” of the Kaliningrad region could turn into a “armed conflict with Russia”. According to the politician, Russia must defend its territory.

“If we feel that this security is being breached and [a situação] threatens us with the loss of territory, so, of course, we will take extreme measures and nothing will stop us,” the senator told the Russian portal “Vmeste RD”. He noted that Russia has the right to defend its territory in accordance with art. 4 of the Constitution of the Russian Federation.

The senator says that NATO should think about the likely consequences of continuing to blockade the Kaliningrad region to prevent Russian armed intervention in the situation.

For political scientist Ivan Preobrazhenskii, one of the ways the West could use the situation to put pressure on Moscow would be to concentrate troops on the borders of the Kaliningrad region or impose a total blockade, but the analyst believes this move is unlikely, because “it does not want to a direct war and, at the same time, understands that the Kremlin, in order to carry out its military plans, can easily sacrifice the population of the Kaliningrad region”.

In pre-election low, Bolsonaro tries to pass a "package of kindness" this Thursday (30) in the Senate