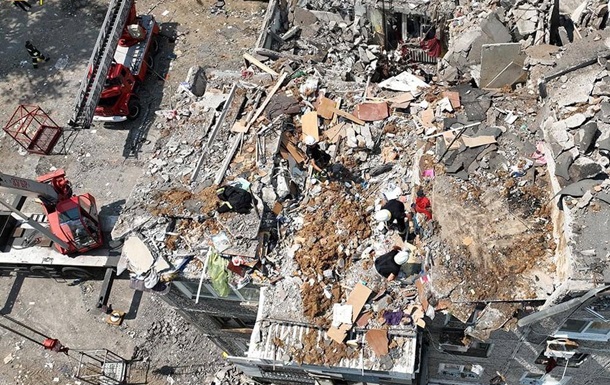 Destruction in Nikolaev after shelling

Ten people became victims of the shelling of the apartment building – five were killed and the same number were injured.

The head of the Nikolaev regional state administration, Vitaly Kim, on Wednesday evening, June 29, released a video of the “arrival” of a Russian rocket into a five-story residential building in Nikolaev.

So, the video shows how an enemy shell hits the corner of the building and explodes.

Add, by data Mayor of Nikolaev Alexander Senkevich, as a result of the attack of the invaders of the Russian Federation, in addition to a residential building, a garage cooperative was hit (11 garages and nine cars burned down), a recreation center, port and industrial infrastructure.

We will remind, on the eve of one of the ten Russian missiles fired at Nikolaev, hit a residential building. As a result, apartments from the third to the fifth floor were destroyed in one of the entrances. The shock wave also damaged nearby houses.

Ten people became victims of the shelling of the five-story building – five were killed, the same number were injured.

Henry Borel case: Monique goes back to prison by order of the Rio de Janeiro Justice