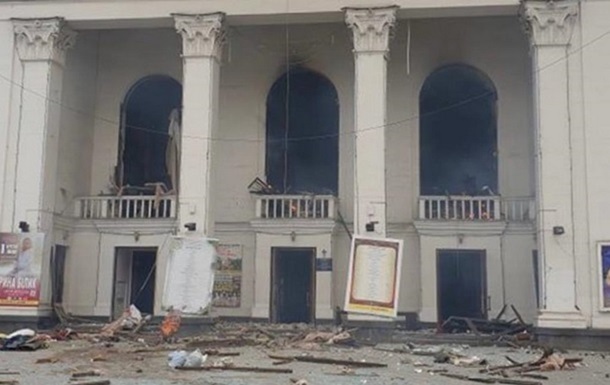 Drama theater in Mariupol after an airstrike

The testimony of 53 survivors and witnesses of the attack and its aftermath was collected, 28 of whom were inside or near the theater at the time of the airstrike.

Amnesty International in its report “Children: Attack on the Donetsk Regional Academic Drama Theater in Mariupol” claims that the Russian military deliberately attacked the drama theater in Mariupol on March 16, knowing that civilians, including children, were hiding there from the bombing.

The testimony of 53 survivors and witnesses of the attack and its aftermath was collected, 28 of whom were inside or near the theater at the time of the airstrike.

The investigation found no credible evidence to support other theories, including an attack by Ukrainian forces with bombs or ballistic missiles, or an attack by either side of the conflict with lighter weapons.

The investigation also found no convincing evidence to support the Russian Defense Ministry’s explanation that the attack was a “false flag” operation by the Azov Regiment.

Evidence suggests that the attack was carried out by Russian troops and that the drama theater was directly targeted: it was the only large building in the center of the park, there were many people around it, on the ground in front of the central and rear entrances for at least three days before the attack, “CHILDREN” was written in Russian in letters large enough to be visible from the aircraft.

Recall that in May the invaders dismantled the destroyed theater, so Ukraine will never know the exact number of people who died under the rubble. The Russians buried everyone in a mass grave.

It is known that 130 people were taken out from under the ruins of the Mariupol Drama Theater. It was reported that up to 1300 people could be in the bomb shelter. At least 300 people were killed, authorities said.

What Putin did not want. Results of the NATO summit