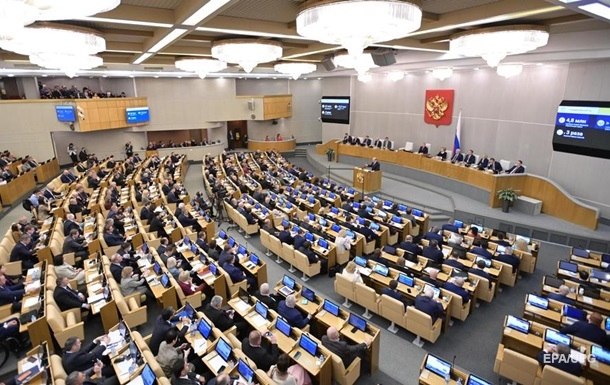 Meeting of the State Duma of the Russian Federation (file photo)

The Prosecutor General’s Office of Russia received the right to suspend the work of the media for discrediting the country’s Armed Forces and calling for sanctions.

The State Duma of the Russian Federation adopted a law on the out-of-court closure of media outlets for spreading fake news. This was announced on June 30 by the agency Interfax.

It is noted that the document will allow the Prosecutor General’s Office to revoke the registration of the media and initiate a ban on access to Internet resources for spreading “fakes”, discrediting the Russian Armed Forces and calling for sanctions.

At the same time, if within three or six months the media eliminates violations, then it will be able to resume its activities.

In the event of a repeated violation, the registration of a media outlet may be invalidated.

Also, the Prosecutor General’s Office will be able to ban foreign media “when it is established that hostile decisions have been made by foreign states in relation to Russian media distributed abroad.”

Earlier it was reported that during the four months of the war, Russia committed 413 crimes against journalists and the media in Ukraine.

Macron: Russia should not win the war with Ukraine