Russia is bombing my country and destroying peaceful homes – Usyk 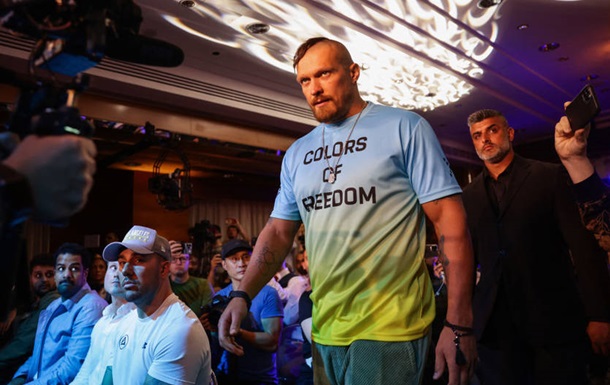 Usyk reacted to the change of coach Joshua before the rematch

The Ukrainian WBA, WBO and IBF heavyweight champion spoke about the war and preparations for revenge.

Oleksandr Usyk continues training for a rematch with Briton Anthony Joshua. On the eve of the boxers held another press conference and a battle of views.

Also, the Ukrainian boxer gave an interview to the YouTube channel iFL TVin which he spoke about the situation in the country and his preparation for the future fight.

“There is a war going on in Ukraine. The Russian Federation is bombing my country and destroying peaceful houses where people live. Not military infrastructure, but cities, shopping centers, hospitals,” Usyk said.

In addition, the Ukrainian heavyweight reacted to the change of coach by the British. According to him, he does not think about who will help Joshua prepare for revenge.

People say that Joshua can only win if he puts pressure on me and tries to knock me out? Well, let him listen to people more,” Usyk said.

Ukrainian military in Germany are learning to operate the Mars MLRS