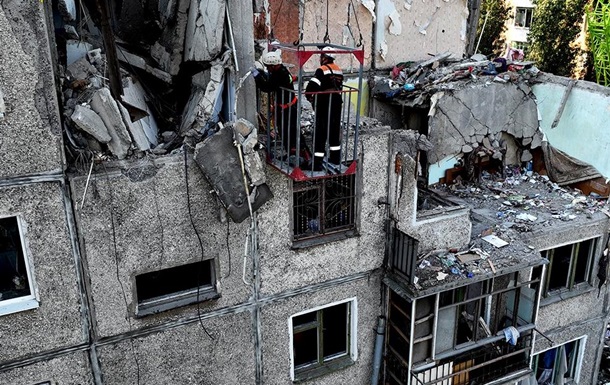 Consequences of the Russian missile attack on Nikolaev

Work to search for the dead and disassemble the destroyed structures of a multi-storey building, which was hit by an enemy missile, continues.

The number of victims of a Russian missile attack on a multi-storey building in Nikolaev has increased to six people, and the same number were injured. About this June 30 reported in the State Emergency Service.

As of Thursday morning, rescuers continue to search for the dead and disassemble the structures of the destroyed house.

“Currently, the bodies of six dead have been seized. Six people have been injured,” the ministry said.

By data mayor of Nikolaev Alexander Senkevich, the body of the sixth deceased was found under the rubble at night. It also became known that seven more high-rise buildings received damage from the shock wave and debris. Most of them had broken windows and destroyed balconies.

We will remind, on the morning of June 29, Russian troops launched another missile attack on Nikolaev. One of the missiles hit a multi-storey residential building. Earlier it was reported about five dead and five injured civilians.