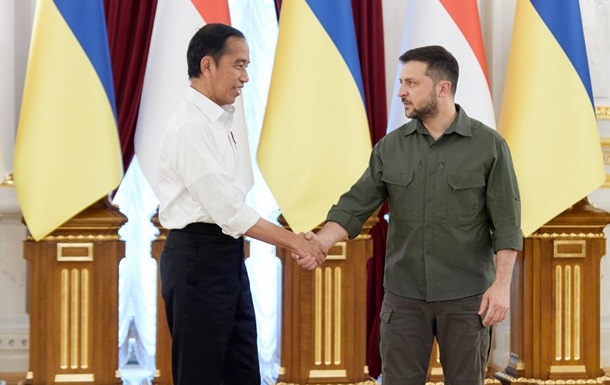 Zelensky and Widodo held talks in Kyiv on June 29

Russia bears full responsibility for disrupting exports to Indonesia and other regions of the world, Sergey Nikiforov noted.

Ukrainian President Volodymyr Zelensky would address Russian leader Vladimir Putin publicly if he wanted to. This was stated by the press secretary of the Ukrainian President Sergei Nikiforov, reports RBC-Ukraine on Thursday, June 30th.

This is how Nikiforov reacted to the words of Indonesian President Joko Widodo about the alleged transmission of a message from Zelensky to Putin, the contents of which he refused to disclose.

“As for any messages, the President of Ukraine, if he wants to address someone, does so publicly in his daily addresses,” Nikiforov said.

On the eve of Joko Widodo visited Kyiv, and today he went to Moscow. As Nikiforov said, the main topic of the meeting between Widodo and Zelensky was the blocking of Ukrainian ports by the Russian fleet.

“Indonesia is one of the largest importers of wheat from Ukraine… Russia bears full responsibility for the disruption of exports both to Indonesia and to other regions of the world. And it will also be responsible for the food crisis that may form if Ukrainian ports are not urgently unblocked . This is exactly what Zelensky told Widodo in detail,” he said.

Recall that Widodo, as chairman of the G20, invited Zelensky to the G20 summit, which will be held in Bali in November. Also Putin can come there.

Greece proposes ships for the export of grain from Ukraine - Stoltenberg