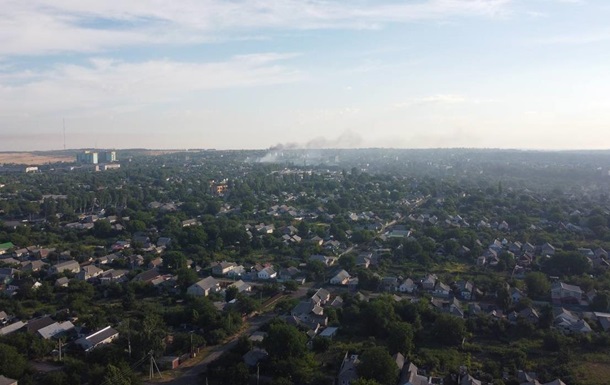 In Rovenki, they report a fire at an oil depot

The arrival at the oil depot was also confirmed by the “authorities” of the so-called “LNR”. According to them, the APU was hit from Himars.

A fire broke out in the city of Rovenki, Luhansk region, on the territory of the so-called “LNR”. In local public pages they write about the strike on the oil depot.

The “authorities of the republic” declare the use of the Himars missile system in Rovenki.

By the way, Rovenki are located deep in the rear and about 80 kilometers to the front line.

Also in local publics it is reported that in the temporarily occupied Stakhanov (also the territory of the “LPR”), an explosion occurred at an ammunition depot at night.

There is no official information about this yet.

Recall that a few days earlier it was also reported about another fire at the ammunition depot of the occupiers in the Luhansk region.