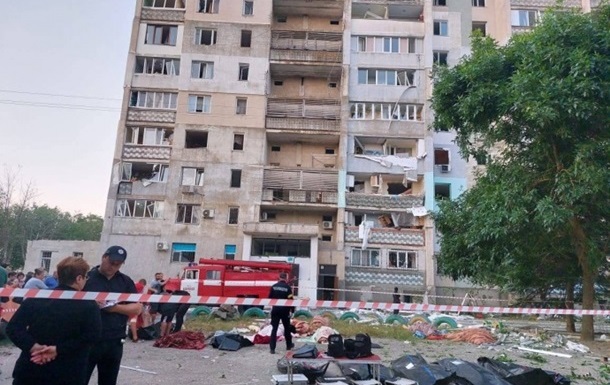 The death toll from a missile strike in the Odessa region has risen to 18 people. More than 30 were injured.

In the Odessa region, as a result of a missile attack on the Belgorod-Dnestrovsky district, at least 18 people were killed, including two children. More than 30 people were injured in the process. This was announced on Friday, July 1, by the head of the Odessa OVA Maxim Marchenko.

Judging by the message, the new victim is a child, since 17 deaths were previously reported, including one child.

Earlier, the Odesa District Police Department reported that as a result of a rocket hitting an apartment building, one entrance with 9 floors was completely destroyed.

Later it became known that three rockets partially destroyed a residential nine-story building in the village of Sergeevka and two recreation centers.

Zelensky: Russia is a sponsor of problems for the continent