Attack on Odessa region: the number of victims has increased 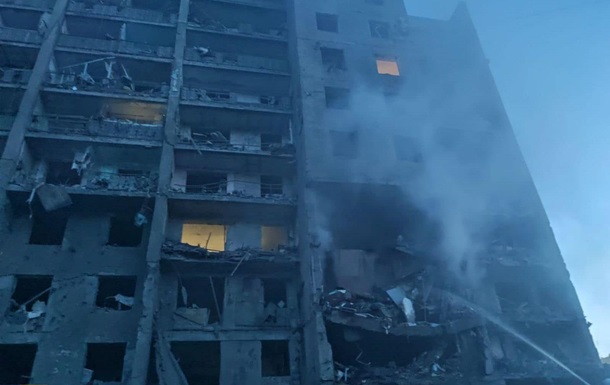 One of the Russian missiles hit a residential high-rise building

Last night, 17 people were killed in the Odessa region from missile strikes by Russian troops, including one child. Another 31 people were injured.

The death toll from a Russian missile hitting a high-rise building in the Odessa region has risen to 14 people. Three more died from falling into the recreation center, among them – one child. On Friday, July 1, reports the State Emergency Service.

It is noted that on July 1, at about 01:00 in the village in the Belgorod-Dnestrovsky district, as a result of a missile strike, a nine-story residential building was partially destroyed, followed by a fire in a store attached to it on an area of ​​about 20 square meters.

Employees of the State Emergency Service rescued 7 people from the rubble (including 3 children). Work continues.

It is also noted that on July 1, at about 01:00 in the Belgorod-Dnestrovsky district, as a result of a missile attack, a three-story and four-story building of the recreation center was partially destroyed, as a result of which three people died (one of them was a child) and one person was injured. Work continues.

Recall that the Odesa District Police Department reported that as a result of a rocket hitting an apartment building, one entrance with 9 floors was completely destroyed.

A day earlier, Russian troops delivered another blow to Nikolaev. One of the missiles hit a multi-storey residential building. Earlier it was reported about five dead and five injured civilians.