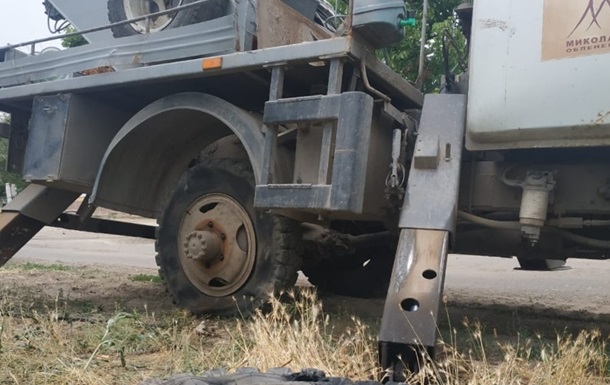 Two electricians received minor bodily injuries, the aerial platform was left without windows and wheels, and the body was damaged.

It is reported that the line crew of one of the branches of the JSC went to the facility to restore overhead power lines. A team of four workers was in one of the settlements of the region when the enemy began shelling the area. Two electricians received minor bodily injuries, the aerial platform was left without windows and wheels, and the body was damaged.

“Specialists of JSC Nikolaevoblenergo are trying to conscientiously do their job – a job that is dangerous by definition, what to say that in war conditions, going to the place to eliminate the consequences of enemy shelling, our guys have to constantly risk their lives. We are proud of their courage and courage! And the enemies We wish that all the pain and evil that they brought to our land will return to them a hundredfold,” the regional energy authorities report.

We will remind, on the morning of June 29, the troops of the Russian Federation delivered another blow to Nikolaev. One of the missiles hit a multi-storey residential building.