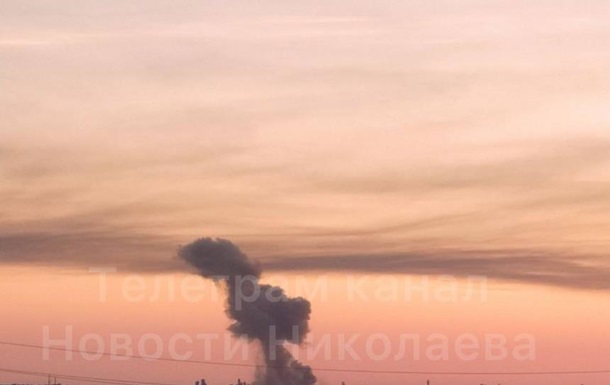 There was a huge column of smoke in the sky. One of the missiles hit the enterprise, another one was shot down by air defense.

In Nikolaev on the morning of Friday, July 1, a series of powerful explosions thundered, during which an air raid alert was announced in the city. Mayor of Nikolaev Alexander Senkevich confirmed explosions, but gave no other details as to the cause.

Local publics report that there were nine explosions, and a large column of smoke appeared in the sky.

Later head of the Nikolaevskaya OVA Vitaly Kim informedthat in the morning, July 1, there was an arrival in Nikolaev at the enterprise and one missile was shot down by air defense. There were no casualties.

According to him, at about 05:20 a strong explosion occurred in the Pervomaisky district. The air defense went off, the hit rocket tentatively fell on the border with the Kirovograd region.

Zara was introduced to the coaching staff, which included club legends

Ukraine introduced a visa regime for Russian citizens from July 1