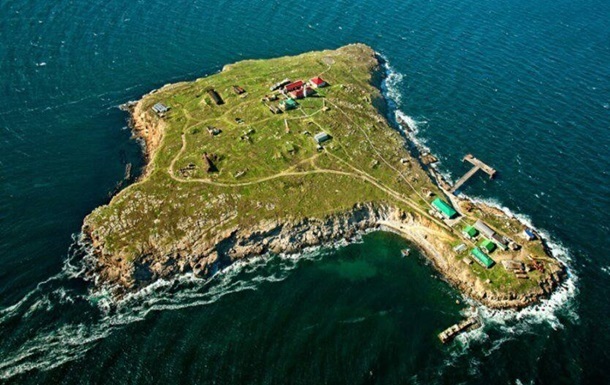 The Russian army hurriedly evacuated the remnants of the garrison from Snake Island; Biden announced the delivery of Western air defense systems to Ukraine and more HIMARS. Perild.com highlights the main events of yesterday.

During the night, as a result of a successful next stage of the military operation with fire strikes by our missile and artillery units on Zmeiny Island, the enemy hastily evacuated the remnants of the garrison by two speed boats.

The Armed Forces of Ukraine are planning to establish physical control over Zmeiny Island. However, they intend to make sure that absolutely all Russians have left the island, that there are no saboteurs or other “surprises” left on it.

In a statement, the Russian army said that the decision to withdraw troops was made “as a step of good will.” Similar language was used by the Russian military when they talked about the retreat from the northern parts of Ukraine (Kyiv, Chernihiv and Sumy regions). According to Western experts, Russia suffered a military defeat in these regions and was forced to retreat.


The world intends to provide Ukraine with more weapons

Fifty countries have promised to provide Ukraine with hundreds of pieces of military equipment and hundreds of thousands of ammunition, US President Joe Biden said following the NATO summit in Madrid on Thursday, June 30. Biden assured that all NATO member countries will support Ukraine for as long as necessary. According to him, Ukraine “has already dealt a blow to Russia, the latter has lost its positions.”

Biden also noted that the United States has already provided $7 billion in military assistance to Ukraine since he has been in office and plans to continue support. The US plans to announce more, he said, including new modern Western air defense systems for Ukraine, more artillery and ammunition, anti-battery radars, additional ammunition for HIMARS missile systems.


Armed Forces of Ukraine liberated the Odessa region from the enemy

Odessa region is completely liberated from Russian occupiers, OVA speaker Serhiy Bratchuk said. With the withdrawal of the Russian army from the village of Beloye, Izmailsky district, which is located on Zmeiny Island, there are no more occupiers in the territory of the Odessa region.


Duty-free import of cars has been canceled in Ukraine

President Volodymyr Zelensky signed a law abolishing customs duties on imported goods, including cars. Thus, customs duties, excises and 20% VAT on imported goods are refunded. In particular, we are talking about the import of cars by citizens. At the same time, the document exempts cars equipped exclusively with electric motors (one or more) from paying the fee to the Pension Fund.


Deputies of the Lviv City Council banned the UOC-MP

During the meeting, the Lviv City Council decided to ban the Moscow Patriarchate on the territory of Lviv. The deputies decided that the activity of these structures is openly anti-state and anti-Ukrainian in nature and which leads to artificial confrontation and a split in Ukrainian society on a religious basis.


Ukraine announced the severance of diplomatic relations with Syria

In response to Syria’s recognition of the so-called. “independence” of ORDLO, Ukraine breaks off diplomatic relations with it, imposes a trade embargo and economic sanctions against Syrian legal entities and individuals. The Ukrainian diplomatic department believes that Syria is trying to provide pseudo-subjectivity to these quasi-formations by order of its curators in the Kremlin.

The State Bureau of Investigation has completed a pre-trial investigation against former President of Ukraine Viktor Yanukovych and the head of his bodyguard Konstantin Kobzar. The indictment on the fact of inciting and committing desertion, as well as illegal transportation of persons across the state border of Ukraine, was sent to court.

Real wages in Russia in April 2022 decreased in annual terms for the first time since April 2020 – by 7.2%. The decline in real incomes of citizens of the Russian Federation reached a maximum over the past seven years: it was more significant only in 2015 – after the annexation of Crimea and the economic sanctions imposed on Russia because of this. The decline in real income has traditionally hit public sector employees the hardest: doctors and social workers (11.4%), scientists, university professors (10%) and teachers (9.1%).

Alexander Lukashenko said that Russia should be ready to use nuclear weapons if necessary. At the same time, he accused Western countries of “training with nuclear blanks.” Lukashenka made such a statement during a meeting with Russian Foreign Minister Sergei Lavrov. Recall that during a meeting with Lukashenka, Putin said that within the next few months he would transfer to Minsk the Iskander-M complexes, which can be used, including nuclear weapons.

From July 1, Ukrposhta increases the cost of standard delivery within Ukraine by an average of 14% and within the region – by 13%. The express delivery service will rise in price for shipment within the region by an average of 14%, within Ukraine – by 16%. If earlier a parcel up to 1 kg across Ukraine cost 39 UAH, then from July 1 it will cost 45 UAH. The cost of sending documents will also increase by 14%.

In the US, 800 companies want to produce weapons for Ukraine - media