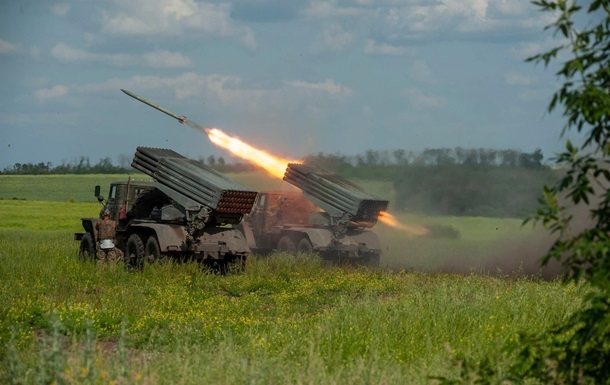 The enemy is unsuccessfully trying to take control of the section of the Bakhmut-Lysichansk highway. The enemy also intensified military operations in the Kramatorsk direction.

The invaders concentrated their main efforts on the encirclement of the Ukrainian defenders near Lisichansk. This was reported on the morning of Friday, July 1, at the General Staff of the Armed Forces of Ukraine.

So, in the Lisichansk direction, Russian troops are shelling the positions of the defenders of Ukraine from cannon and rocket artillery in the areas of the settlements of Seversk, Belogorivka, Lisichansk and Volchoyarka. The occupiers tried to take control of the Bakhmut-Lysichansk section of the highway, but were unsuccessful.

In the Volyn, Polessky and Seversk directions, the situation has not undergone significant changes. On the latter, the enemy carried out artillery shelling in the areas of the settlements of Gremyach, Mikhalchyna Sloboda, Kolos of the Chernihiv region, Starikove and Atinskoe of the Sumy region.

In the Kharkiv direction, the enemy has concentrated a grouping of troops of the Western Military District, is carrying out the defense of previously occupied lines, and is systematically shelling units of the Ukrainian Defense Forces to fetter their actions. Thus, the areas of the settlements of Bazalievka, Upper Saltov, Nortsovka, Chepol, Dmitrovka, Barvenkovo, Bolshaya Babka and Prishib were fired from artillery.

In the Slavyansk direction, enemy troops continue to conduct defense, regroup and try to improve their tactical position. The aggressor fired artillery at the positions of our troops not far from Dolina, Mazanovka, Dibrovnoye, Grushuvakha, Adamovka, Gusarovka and Ivanovka. At the same time, the enemy intensified military operations in the Kramatorsk direction.

In the Bakhmut direction, the enemy is shelling the areas of the settlements of Berestovo, Yakovlevka, Mayorsk and Ugledarskaya TPP from artillery, trying to improve the tactical situation in the direction of the settlement of Pokrovskoye, but there is no success.

In the Avdeevka, Kurakhovsky, Novopavlovsky and Zaporozhye directions, the Russian troops fired on the positions of the Armed Forces of Ukraine from cannon and rocket artillery along the line of contact.

In the Yuzhnobuzhsky direction, the enemy continued shelling from mortars, cannon and rocket artillery in the areas of the settlements of Potemkino, Bereznegovatoye, Partizanskoye, Kiselevka, Shevchenkovo, Tavrichesky. Conducted aerial reconnaissance UAV. In readiness for launching missile strikes against targets on the territory of Ukraine, the enemy continues to hold three carriers of high-precision weapons.

There were details of a missile attack on the Odessa region