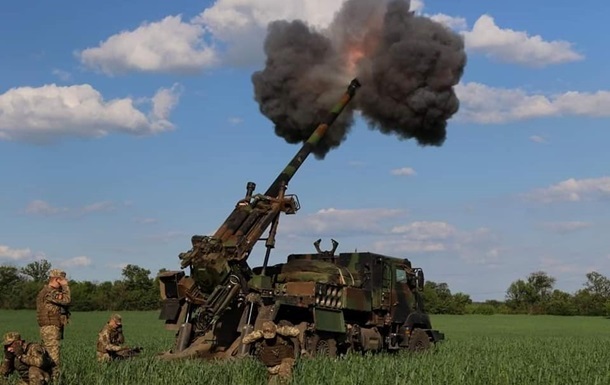 Ukrainian defenders repulsed serious enemy offensives near Slavyansk and Kramatorsk, as well as in other directions.

Ukrainian defenders stopped the advance of Russian troops near Lisichansk. The enemy continues massive shelling of the border areas. Also, the Russian military failed the assault near Slavyansk. This was stated on Saturday, July 2, in the summary of the General Staff of the Armed Forces of Ukraine.

In the Volyn and Polesye directions, according to available information, the terms of mobilization training have been extended in the armed forces of Belarus until July 9. As part of these events, the delivery of subpoenas continues through the military commissariats of the Gomel region. In addition, doctors were informed about the ban on leaving the country.

In the Seversk direction, in order to cover the border in the Bryansk and Kursk regions, the enemy continues to hold up to three battalion tactical groups. The aggressor fired artillery at the positions of the defense forces in the border areas of the Sumy and Chernihiv regions.

In order to disrupt the control and communications system of defense forces units, the enemy uses electronic warfare systems in the areas of settlements located near the state border on the territory of the Belgorod Region.

In the Kharkov direction, enemy units are concentrating their efforts on holding down the actions of our troops and preventing further advance. In order to regain lost positions, the enemy conducts assault operations.

In the Slavic direction, the enemy is conducting defensive battles. He also stormed the Mother of God, but had no success. Fired artillery at several areas. The enemy is trying to improve the logistical support system in the indicated direction.

In the Kramatorsk direction, the areas of Belogorovka, Mayakov and Donetsk were fired from cannon and rocket artillery, and in the Lisichansk direction – Zolotarovka and Verkhnekamensky. In the direction of the latter, the enemy launched an offensive, but had no success, retreated.

In the Bakhmut direction, shelling from mortars, cannon and rocket artillery was recorded near Vershina, Bakhmut and Disputed. The enemy also launched airstrikes in the area of ​​​​the village of Vershina.

In the northwestern part of the Black Sea, the ship grouping of the Black Sea Fleet of the Russian Federation continues to perform the tasks of blocking sea lanes and conducting reconnaissance. In readiness for missile strikes against targets on the territory of Ukraine, the enemy is holding two carriers of high-precision weapons.

The fighter aviation of the Armed Forces of Ukraine continues to patrol the airspace of Ukraine, and the strike aircraft, not without success, provides fire support to our units in certain operational areas.

The Russian invaders are afraid of the resistance of the local population, which is growing in particular in the Kherson region. The leadership of the invaders moves with a large number of guards in armored vehicles and body armor. Local residents continue to offer total resistance.

On the eve it was reported that the Armed Forces of Ukraine repelled an attempt to reconnoiter a battle near Lisichansk.

Russia launched an airstrike on its positions - Arestovich

Chief of Military Administration: Slovyansk was shelled with cluster munitions