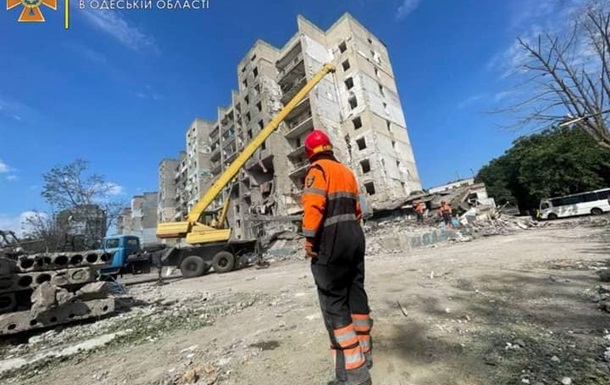 According to the latest data, as a result of the tragedy, 21 people died and almost 40 were injured.

In the village of Sergeevka, Belgorod-Dnestrovsky district, Odessa region, the removal of rubble in a nine-story residential building and a three-story recreation center building has been completed. This was reported to the Ministry of Internal Affairs.

According to the latest data, 21 people were killed and almost 40 were injured.

According to the first deputy head of the Ministry of Internal Affairs Yevgeny Enin, there could have been fewer deaths if the residents had not ignored the air raid signal!

“In the village of Sergeevka, a response alarm system is working, and the air raid signal was given about 8-10 minutes before the arrival of the cruise missile … Unfortunately, not a single person from the notorious nine-story building did not go out on a signal. I understand very well how difficult it is to wake up in the middle of the night, but there are times when it is vigilance that saves lives,” Yenin said.

Recall that in the OP reportedthat the Russians launched rocket attacks on the village of Sergeevka. In a nine-story house, the outer wall and the ceiling from the 1st to the 9th floors were destroyed. At one recreation center, two floors of a residential building were damaged.

HIMARS change the balance of power in Donbass - WSJ