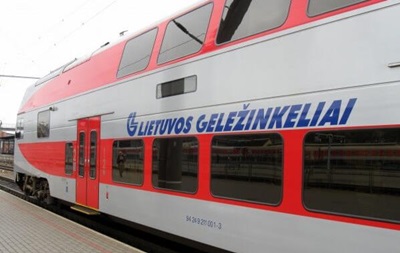 A company representative published his response to the threats of Russian hackers who sought to lift the ban on the transit of Russian goods to the Kaliningrad region.

The Lithuanian state company Lithuanian Railways (LTG) reported receiving threats from the “community of Russian hackers” because of the conflict over the restriction of the transit of Russian goods to the Kaliningrad region. This was announced by LTG representative Mantas Dubauskas, providing the relevant screenshots on his page in Facebook.

In the letter, the so-called Russian hackers “strongly recommend” the Lithuanian Railways to put pressure on politicians to lift the ban on the transit of sanctioned goods to Kaliningrad.

If their demands are not met, the hackers threaten to “turn Lithuania into an IT reservation” by sending the country’s information infrastructure to the Stone Age.

The representative of LTG, in turn, gave a response to the threats. In particular, advise the so-called Russian hackers to go in the direction of the Russian ship.

“In response to your appeal to LTG to put pressure on the Lithuanian government to lift EU sanctions on the transit of Russian cargo to the Kaliningrad region, we inform you: the so-called “community of Russian hackers” – go f*ck,” the message says.

Recall that Lithuania has expanded restrictions on the transportation of goods to the Kaliningrad region.

It was also reported that Lithuania rejected an EU attempt to ease restrictions on the export of goods from Russia.