More than 10,000 Mariupol residents are being held in prisons in the DPR 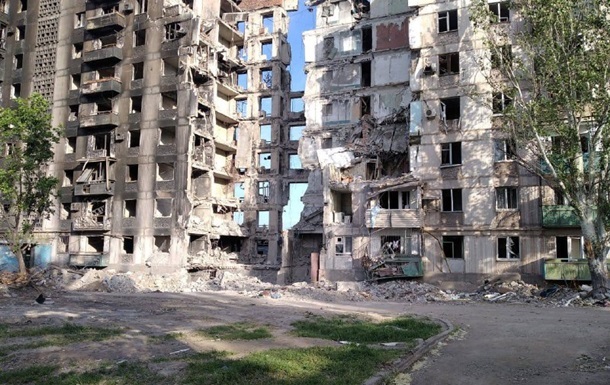 Houses destroyed by invaders in Mariupol

It is known about four such prisons: two – in Olenivka, Donetsk pre-trial detention center and Makeevka, the Mariupol City Council reported.

More than 10 thousand Mariupol residents are in prisons of the so-called “Donetsk People’s Republic”. This was reported Mariupol City Council в Telegram.

“Peaceful civilians were detained by the invaders and sent to places of deprivation of liberty. There are four such prisons known: two in Olenivka, Donetsk pre-trial detention center and Makeyevka. People are in terrible and inhuman conditions, like in a concentration camp. Closed in cramped cells 2 by 3 meters for 10 people,” the message says.

According to the Mariupol City Council, people receive almost no water and food, they are not taken outside, they have no access to normal medical care, and they are subjected to various forms of torture, from psychological to physical. In such conditions, peaceful residents of Mariupol are forced to survive.

That is why Mariupol Mayor Vadim Boychenko called on the International Red Cross and the UN to pay attention to the illegal detention of civilians in the city and use all possible tools to obtain lists of prisoners and work together to release every Mariupol citizen. And also to ensure that before that people get decent living conditions.

Recall that in Mariupol, the Russian invaders started building a medical complex for 60 people, a significant part of it is reserved for the morgue.

Earlier it was reported that in the occupied Mariupol, the Russians are building fortifications under the guise of residential buildings.

Tags: dnrDonetskDPRheldknownMakeevkaMariupolOlenovkeprisonprisonsresidentsSIZOWarwar in ukrainewar with russia

Zaluchny showed the sweep of the Snake

“We have to lose the shame of defending a socialist project”, calls the singer Siba