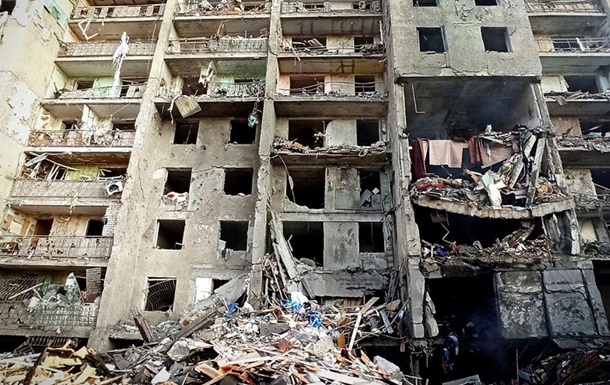 The Russian Federation launched a missile attack on a resort village in the Odessa region; The Verkhovna Rada has appointed a new Ombudsman. Perild.com highlights the main events of yesterday.

Russia launched a missile attack on the resort village of Sergeevka in the Belgorod-Dnestrovsky district of the Odessa region. The shells hit the nine-story building and two recreation centers. According to the latest data, 21 people died, including one child, another 39 people were injured, including six children. In the nine-story building, rescuers have already finished work, at the recreation center it continues – there may still be people under the rubble.

July 2 was declared a day of mourning for the dead in the region.

The US Department of Defense announced that it would provide Ukraine with another $820 million military aid package. As part of this package, Ukraine will receive ammunition for highly mobile artillery rocket systems (HIMARS), two advanced anti-aircraft missile systems (NASAMS), up to 150,000 155-mm caliber rounds and four counter-battery radars.

The Intergovernmental Committee for the Protection of the Intangible Cultural Heritage at its fifth meeting included in the list of intangible cultural heritage that needs immediate protection by UNESCO, an element of the culture of cooking Ukrainian borscht. Minister of Culture and Information Policy of Ukraine Oleksandr Tkachenko called the UNESCO decision “a victory in the war for borscht”.

In Ukraine, the subsistence minimum has increased from UAH 2,481 to UAH 2,600. Accordingly, the amount of related lump-sum benefits funded by the Social Security Fund for those injured as a result of accidents at work or occupational diseases, as well as those entitled to benefits in the event of loss of a breadwinner, has increased.


Another mass grave found in Mariupol

In the occupied city of Mariupol, Kyiv street, 53, another mass grave was discovered – more than a hundred people who died in the first days of the war were buried in it. The occupying troops do not intend to rebury the dead, and temporary street graves are gradually turning into permanent ones.

The United States of America for the first time in history bypassed Russia in terms of gas supplies to Europe. This was due to a sharp decline in Russian gas supplies in June.

In the south, the Armed Forces of Ukraine destroyed enemy ammunition depots and equipment