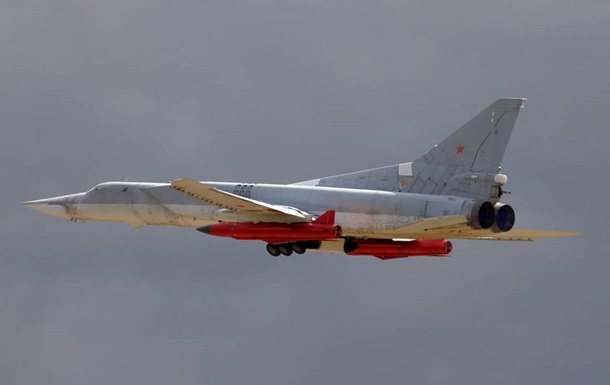 The Russian military uses anti-ship missiles to strike Ukrainian cities, which are unsuitable for precision strikes.

British intelligence said the Russians are using air-launched anti-ship missiles for ground attacks. This probably indicates that the enemy is running out of high-precision weapons. About this on Saturday, July 2, informs British Ministry of Defense.

British intelligence officers believe that the occupiers launched a Kh-32 cruise missile at the shopping center of Kremenchug. They made such conclusions after analyzing video from CCTV cameras.

The Kh-32 is an upgraded version of the Soviet-era Kh-22 missile. Although the Kh-32 has slightly improved performance over the Kh-22, it is still not optimized for accurate ground engagement, especially in urban environments. This greatly increases the likelihood of collateral damage when targeting built-up areas.

At the same time, the Odessa region was probably attacked with Kh-22 missiles. Scouts noted that these weapons are even less accurate and unsuitable for high-precision strikes.

Recall that on June 27, the Russians launched a missile attack on the Amstor shopping center in Kremenchug. The second missile damaged the building of JSC Kredmash, which produced only spare parts for civilian vehicles. More than 20 people were killed in the Russian missile attack.

It was also reported that the plane with a missile fired at the Amstor shopping center in Kremenchug (Poltava region) was flying from an airfield in the Kaluga region.

Germany fears a complete cessation of gas supplies from Russia