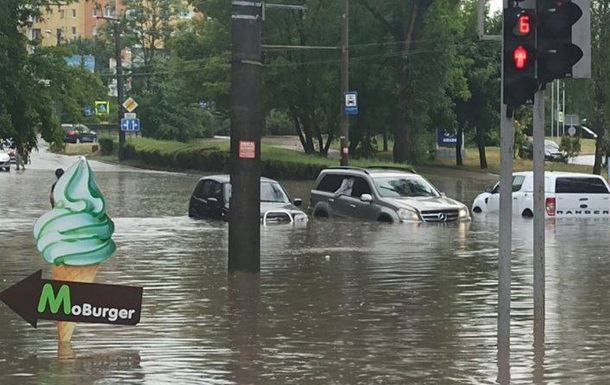 In Ternopil there was a heavy downpour

A heavy wind knocked down trees in the city, one of them fell in the center of Ternopil. The roads are half full of cars.

Ternopil on Saturday, July 2, was covered by a heavy downpour, as a result of which streets were flooded in the city and trees were knocked down. This is reported by the local website. 0352.ua.

Rain with a thunderstorm began in Ternopil in the afternoon. Forecasters had previously issued a storm warning. Heavy winds knocked down trees in the city. In particular, one of them fell in the center of Ternopil, on Shashkevich Street.

The downpour in Ternopil did not last long, but the rain managed to flood the streets. In some areas, the water rose to the level of the hood of cars.

On the streets of Zhivov, Russkaya and Obolon, the roadways are flooded.

Earlier, weather forecasters warned that part of Ukraine would be covered by a thunderstorm cyclone. A storm warning has been issued in nine regions of Ukraine.