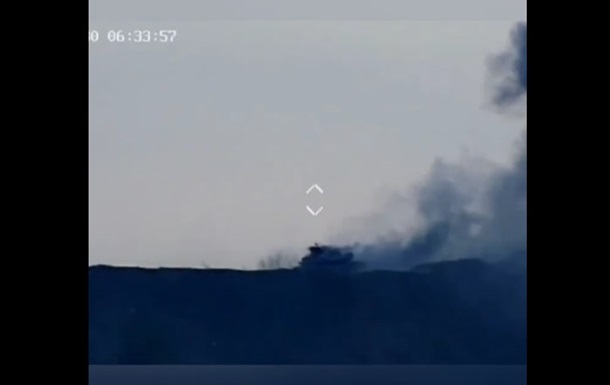 Another broken tank of the Russian army

The spectacular video shows how the defenders destroy Russian armored vehicles along with the crew.

Soldiers of a separate motorized infantry brigade of Mariupol demonstrated how they destroy Russian tanks. The corresponding video on Friday, July 1, was made public on the brigade’s page in Facebook.

“Anti-tankers of a separate motorized infantry brigade of Mariupol continue their combat work to destroy enemy armored vehicles. The losses of the Russian invaders are constantly growing,” the caption to the video says.

Earlier, a video appeared on the Web showing how the 1st motorized infantry battalion of the 93rd Kholodny Yar brigade destroyed an enemy tank in a minefield.


Russian tanks in Warsaw: the Poles will be shown the broken equipment of the Russian Federation

Plans for Snake Island were announced in the OP

The invaders fired on Bakhmut: a child was among the wounded