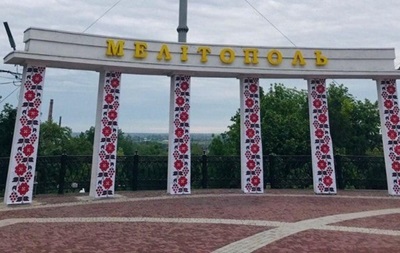 Ukrainian defenders destroyed the base of Russian invaders in Melitopol

The invaders are trying to commit provocations that it was shelling of peaceful areas and civilians were injured.

On the morning of July 3, Ukrainian defenders destroyed the base of the Russian invaders at the airfield in Melitopol. Now the Russian military is trying to save the surviving equipment. This was announced by the mayor of Melitopol Ivan Fedorov in his video message.

“Tonight, the Armed Forces of Ukraine put out of action one of the four military bases of the Rashists in Melitopol. They inflicted more than 30 strikes exclusively on the Russian military base. Also yesterday, thanks to the resistance forces, the Rashist armored train with ammunition derailed. Now the invaders are trying to make provocations that there was shelling of peaceful areas, civilians suffered, urban infrastructure was destroyed. This did not happen!” Fedorov said.

Recall, earlier it was reported that in the temporarily occupied Melitopol on the night of July 3, a powerful blow was delivered to the territory of the local airfield where Russian troops are based. The explosion was heard even in the surrounding villages.

Russia may hold a referendum in Kherson - British intelligence