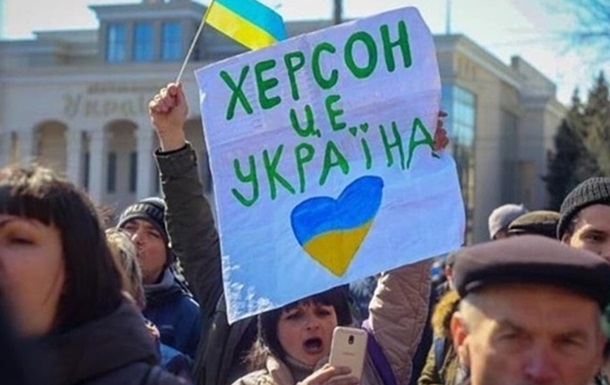 “Referendum” in Kherson may be held before the beginning of autumn

To justify the occupation of the Kherson region, Russia is likely to resort to fraudulent voting in order to secure an acceptable result for itself.

According to British intelligence estimates, Russia is likely to hold a pseudo-referendum for annexation in occupied Kherson to try to legitimize its control. About it July 3 informs European truth.

Intelligence mentions statements by puppet officials regarding the organization of a “referendum” on joining the Russian Federation by the fall of 2022. In her opinion, the detention on June 28 of the mayor of Kherson, Igor Kolykhaev, is an attempt by the occupying authorities to suppress resistance. It is also noted that large-scale armed and peaceful resistance to the occupation in the Kherson region continues.

“The Kherson region has been most completely under Russian occupation since February 2022, and some kind of “constitutional” decision to justify the occupation will most likely be a priority political goal for Russia. It is highly likely that the Russian Federation will resort to a rigged vote in order to ensure an acceptable result for itself,” the statement reads. review.

Earlier it was reported that the Russian occupiers are afraid of resistance, which is growing among the local population of the Kherson region.