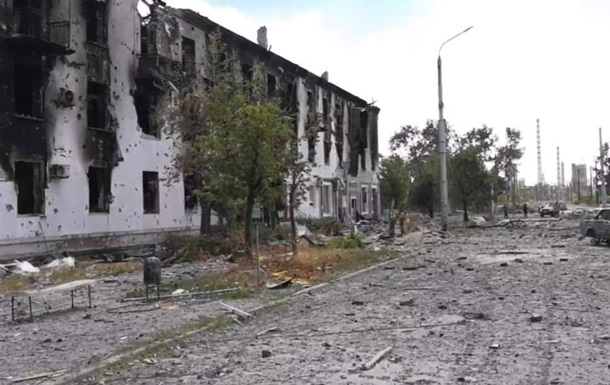 Consequences of the “Russian world” in Lisichansk

American analysts claim that Russian troops managed to enter Lysychansk and advance within the city, but the Ukrainian military has not officially announced the withdrawal of troops.

Russian troops are likely to establish control over the territory of the Lugansk region in the coming days. About it informs Institute for the Study of War (ISW).

The report notes that Russian troops managed to enter Lysychansk and advance within the city, but the Ukrainian military did not officially announce the withdrawal of troops from the city, but did not report on defensive battles around.

“Ukrainian forces likely carried out a deliberate withdrawal from Lysichansk, which led to the capture of the city by the Russians on July 2. Geolocation footage shows that Russian troops are moving around the northern and southeastern quarters of Lysichansk,” the text says.

Also, according to American analysts, Russian forces can establish control over the remaining territory of the Lugansk region in the coming days.

“Most likely, they will then strike Ukrainian positions in Siversk, and then return to Slavyansk and Bakhmut. The withdrawal of Ukrainian troops to Siversk will allow Ukrainian forces to reduce the risk of immediate encirclement, but Ukrainian forces can continue to withdraw with fighting to the line near the E40 highway from Slavyansk to Bakhmut,” the report says.

Recall that earlier Aleksey Arestovich, adviser to the head of the President’s Office, denied the information about the capture of Lisichansk by the Russian army. According to him, the enemy managed to pass the Seversky Donets from the north with small forces and ended up in Privolye – on the northwestern outskirts of Lisichansk.

Tags: advanceAmericanclaimcomingdaysISWLuhanskLysychanskregionRussianseizetroopswar in Donbasswar in ukrainewar with russia

The Russians are fixed in the Lisichansk area - OVA

In the morning, the Russian military shelled the Dnepropetrovsk region again - OVA