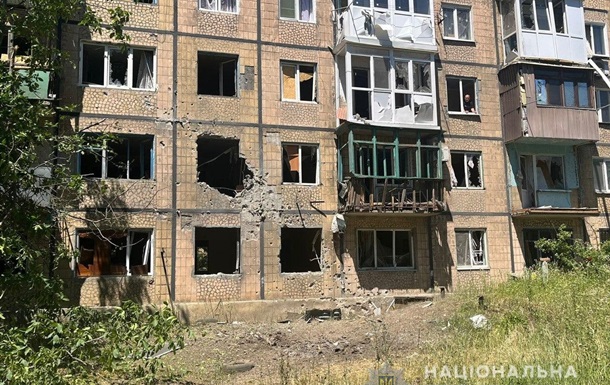 The invaders covered 18 settlements with fire, destroying 12 residential buildings. Among them there are also apartment buildings.

Russian troops continue to kill civilians in the Donetsk region. Over the past day, due to enemy shelling, four people were killed and five more were injured. About it July 3 informs Head of the Donetsk OVA Pavel Kirilenko on Telegram.

According to him, there are children among the wounded.

“On July 2, the Russians killed four civilians in the Donetsk region: in Orlovka, Novonikolaevka, Krasnogorovka and Slavyansk. Five more people were injured, including two children in Dobropolye,” Kirilenko wrote.

He also added that it is not yet possible to establish the exact number of victims in Mariupol and Volnovakha.

In the police of Donetsk region reportedthat the invaders shelled 18 settlements over the past day, inflicting 24 strikes on the civilian population. The police document every war crime in Russia.

The police and SBU opened criminal proceedings under Article 438 (violation of the laws and customs of war) of the Criminal Code of Ukraine.

Recall, also on July 3, the invaders fired at the Dnipropetrovsk region. In Zelenodolsk, three houses in a dacha area were destroyed, and another one was partially damaged.

In Slovyansk stopped the movement of electric transport - the mayor