Slavyansk was subjected to massive shelling 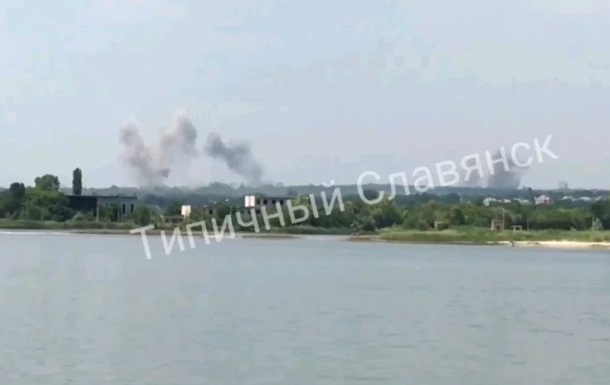 Russian troops are conducting massive shelling of Slavyansk, Kramatorsk and Avdiivka. The number of victims is set.

On Sunday, July 3, the invaders shelled Slovyansk, Donetsk region, 15 fires started in the city, many victims. This was announced by the head of the military-civilian administration of Slavyansk Vadim Lyakh.

“The largest shelling of Slavyansk in recent times. Up to 15 fires, as well as a large number of dead and wounded,” he said.

The mayor specified that the city was fired from multiple launch rocket systems.

Video of the massive shelling of the city is published in social networks.

“For the second day, the occupiers have been hitting Kramatorsk with the Smerch MLRS. They are destroying civilian infrastructure and preparing for the civilian population. Preliminary no casualties, but there is serious damage. The explosive service is working,” he wrote in social networks mayor of the city Alexander Goncharenko.

He urged citizens to stay closer to shelters and not to neglect the alarms.

In addition, Avdiivka was shelled. in particular the local coking plant.

Recall that the occupiers opened fire on 18 settlements of the Donetsk region during the day on July 2, destroying 12 residential buildings. Among them there are also apartment buildings.

Peskov: Kyiv will have to understand the conditions of Russia

Ukrainian authorities report shelling of Slovyansk, there are dead and wounded