Ukraine will receive even more military equipment from Australia 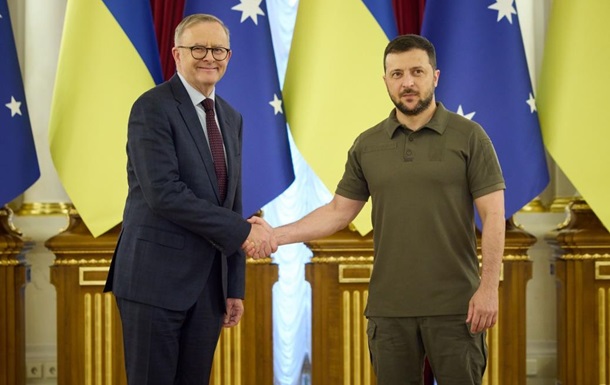 Albaniz noted that Australia has already provided $390 million in aid to Ukraine.

He also announced a ban on the import of Russian gold.

“We will also remove the duty on Ukrainian goods and announce additional sanctions against Russia, as well as ban the import of Russian gold so that Russia cannot finance this war,” Albaniz said.

In addition, the Australian Prime Minister promised Russian President Vladimir Putin an unfriendly reception at the G20 summit in Indonesia if he came.

“We believe that Russia should be isolated as much as possible. If Mr. Putin wants to come to this meeting, and I’m not sure that he will, then he will receive the welcome he deserves. Unfriendly, he does not respect international right and behave in a way that is not in line with the values ​​of this world,” he said.

It should be noted that this is the first visit of an Australian prime minister to Ukraine since independence.