A fire broke out near the railway station in Donetsk – OVA 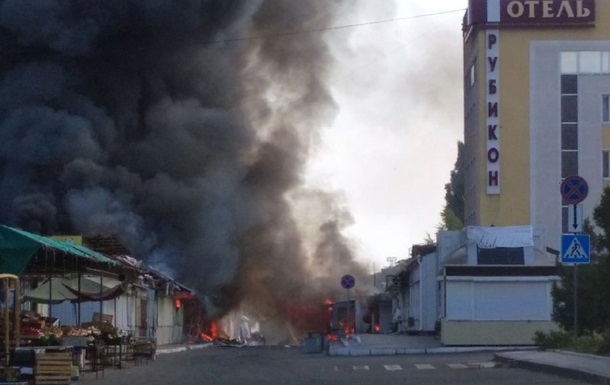 Railway infrastructure on fire in Donetsk

The fire allegedly occurred due to a violation of fire safety rules, but local publics write about “massive shelling.”

On Monday, July 4, in the occupied Donetsk, massive fires are observed at railway infrastructure facilities. This was reported on Telegram by the speaker of the Odessa Regional Military Administration Sergey Bratchuk.

“Donetsk at this moment. Railway infrastructure facilities are on fire. The fire occurred due to a violation of fire safety rules,” he stressed.

Meanwhile, local publics report allegedly “massive shelling” of the city and publish photos and videos of the consequences. Near the station there is a large market and residential development.

Recall, earlier in the occupied Donetsk, an ammunition depot was on fire. As a result of the fire, the detonation of shells began. The warehouse is located in the Azotny microdistrict.

Great Britain imposed sanctions against the daughter of Alexander Dugin