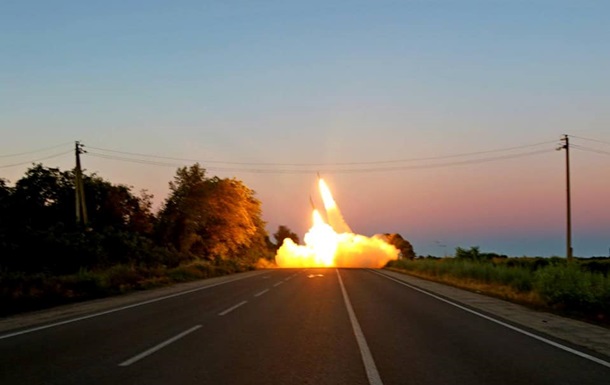 Fighting continues along the line of demarcation

The military of the Russian Federation are actively fighting along the entire front line and cover the settlements of Ukraine with missile strikes.

In the Donetsk direction, the invaders are focusing their main efforts on the fire damage of our units. During the day, the enemy conducted aerial reconnaissance using the Orlan-10 UAV near Pavlograd and Pokrovsk. About it informs The General Staff of the Armed Forces of Ukraine in its evening report on July 4.

In the Kramatorsk direction, the aggressor fired from tanks and cannon artillery into the areas of Belogorovka and Verkhnekamenskoye. Launched an air strike near Tatyanovka. Assault actions in the settlement of Belogorovka were successfully repulsed by Ukrainian soldiers, the invaders retreated.

In the Volyn and Polesye directions, the situation has not undergone significant changes. The units of the armed forces of the Republic of Belarus continue the fortification of defensive positions in the border areas.

In the Seversk direction, the enemy fired at the areas of the settlements of Vasilyevskoye, Belopolye and Atinskoye of the Sumy region.

In the Kharkiv direction, Russian invaders continue shelling the city of Kharkov and settlements to the north, northeast and east of it. The enemy also launched airstrikes near Petrovka. The Ukrainian soldiers severely suppressed the enemy attempt of assault operations in the direction of the settlement of Sosnovka and threw the invaders back.

“Trying to somehow interfere with the logistics support of the Defense Forces units, the enemy remotely passed the area near Cherkasy Tishki. A counter-battery fight is going on in the direction,” the message says.

In the Slavyansk direction, the enemy is making attempts to improve the tactical position of his subunits. He conducted artillery shelling in the areas of the settlements of Dolina, Dibrivnoye, Bogorodichnoye, Mazanovka, Dry Balka, Krasnopolye, Vernopolye, Bolshaya Kamyshevakha, and also inflicted air strikes near Dibrovnoye and Bogorodichny. The enemy is conducting assault operations in the direction of the settlement of Mazanovka, with partial success.

In the Bakhmut direction, enemy shelling from cannon artillery was recorded in the areas of the settlements of Spirno, Berestovo and Vershina. The enemy also launched an air strike near the Top.

Our defenders forced the enemy to retreat after his offensive in the direction of the Uglegorsk TPP and unsuccessful reconnaissance in force in the vicinity of Berestovoye.

On the Avdeevka, Kurakhovsky, Novopavlovsky, Zaporozhye and Yuzhnobuzhsky directions, the enemy did not stop shelling from tanks, mortars, cannon and rocket artillery along the line of collision. At the last, the enemy launched an air strike in the area of ​​\u200b\u200bthe settlement of Ternovka.

In the waters of the Black Sea, in readiness for missile strikes against targets on the territory of Ukraine, Russian invaders are holding three carriers of precision-guided weapons. The total salvo is up to 20 Caliber sea-based cruise missiles.

Ukrainian defenders inflict losses on the enemy in all directions where active hostilities continue.

In order to somehow justify the destruction of civilian objects on the territory of Ukraine, the Russian invaders continue to spread information about the location of military units in schools, churches and hospitals.

It should be reminded that earlier it was reported that the occupiers shelled the border settlements more than 100 times in a week. Prohibited phosphorus and cluster bombs are thrown at residential buildings and civilians.

6 people were victims of shooting near Chicago on Independence Day

Lula is the main electoral leader in the dispute for the government of Pernambuco, says Ipespe poll