“Basis for a fairer Chile”, says president of the Constituent Assembly in the delivery of the final text

This Monday (4th), the last session of the Chilean Constituent took place with the delivery of a new proposal for a constitution for the country. “This proposal that we deliver today has the purpose of being the basis of a fairer country that we all dream of”, declared the president of the Constitutional Convention, María Elisa Quinteros. After a year of debates, the 155 constituents released the new constitutional text with 178 pages, 388 articles and 57 transitional rules.

President Gabriel Boric participated in the final act of the Constituent Assembly and signed the decree that convenes the constitutional plebiscite on September 4, when Chileans must approve or reject the new Constitution.

“Today is a day that will be marked in the history of our homeland. The text that is delivered to the people today marks the size of our Republic. It is my duty as a representative to convene a constitutional plebiscite, and that is why I am here. will have the final word on its fate,” he said.

Last month, the constituents held open sessions in different regions of the country to present the final versions of the new constitutional text. As of August 4th, the television campaign prior to the plebiscite begins, which takes place on September 4th.

Although the entire process had broad popular participation, the latest opinion polls indicate that the new proposed constitution could be rejected. According to Cadem’s June poll, 45% said they would vote “no”, while 42% of respondents would vote “yes” to the new Constitution. However, 50% said they believe they will win “approval” in the September referendum. About 13% of respondents said they did not know what to say.

“In addition to the legitimate differences that may exist on the content of the new text that will be debated in the coming months, there is something we should be proud of: at the moment of the deepest institutional and social crisis that has crossed our country in decades, Chileans and Chileans for more democracy”, declared the Chief Executive. 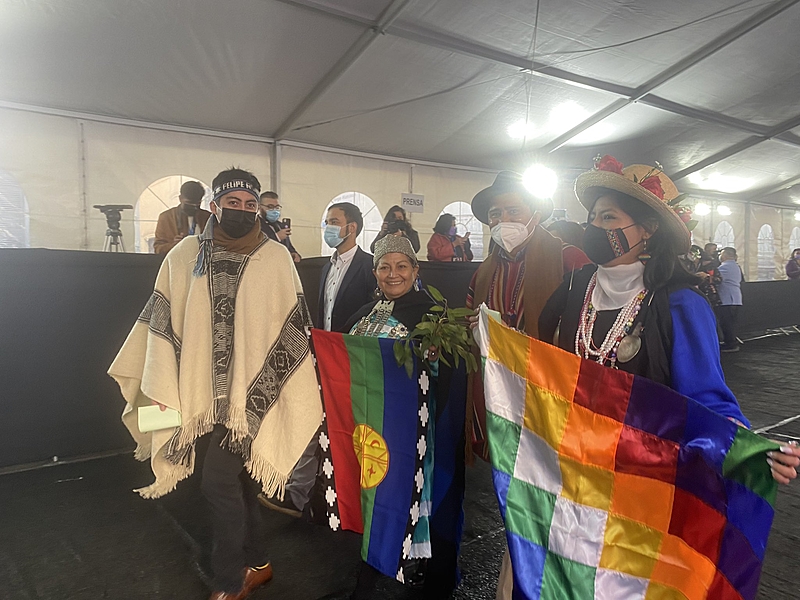 In 2019, Boric was one of the representatives of the left who signed an agreement with the then government of Sebastián Piñera to put an end to the demonstrations that started in October of that year and, with that, start the Chilean constituent process.

In October 2020, a referendum was held that decided to write a new constitution based on a Constitutional Convention that would be elected with representation of indigenous peoples and gender parity.

“What a historic and emotional moment we are living. My thanks to the Convention that fulfilled its mandate and as of today we can read the final text of the New Constitution. Now the people have the say and will decide the future of the country”, declared the spokeswoman for the Executive and representative of the Communist Party, Camila Vallejo.

A composition of the Constituent it was also mostly from independent deputies or from the progressive camp. All the content present in the version delivered today to the public vote had to be approved by 2/3 of the Convention’s plenary session to be included in the final draft.

With a numerical minority, the right started a media campaign to discredit the body, claiming that the deputies would not be able to write the new constitutional text. Faced with the attacks, President Boric called on citizens to get to know the new proposal in depth, respectfully discuss differences and vote for the cohesion of the country, stating that it is not an assessment of the current government, but a proposal for the coming decades. .

“We must not only think about the advantages that each one can have, but about agreement, peace between Chileans and the dignity that all the inhabitants of our homeland deserve”, concluded the head of state.

Russian media report about the shelling of Donetsk