Cate Blanchett’s blue and yellow suit is up for auction 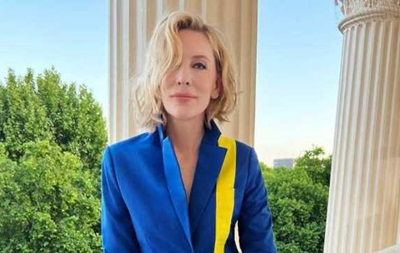 Cate Blanchett in a blue and yellow suit

The proceeds from the sale of the costume will be used to support Ukrainians who suffered in the war.

A blue and yellow suit worn by Australian actress and UN Refugee Goodwill Ambassador Cate Blanchett is up for auction. This was announced by stylist Elizabeth Stewart in Instagram.

In the published photo, you can see that the 53-year-old celebrity poses in trousers and a fitted blue jacket, along which a wide yellow stripe runs. The author of this outfit is the American brand Grayscale.

The proceeds will be used to support those who suffered from Russian aggression.

Earlier it was reported that Khloe Kardashian attended the presentation of a new line of cosmetics in an outfit from the Ukrainian brand TTSWTRS.

Perild.com also reported that Zlata Ognevich travels around the country with charity concerts in a shot car.