The Constitutional Convention of Chile presents this Monday (4) the final text of the new magna letter For the country. The text will be under consultation in the next two months and must go through a new plebiscite on September 4 to enter into force.

In this way, Chile ends the constitutional process started in 2019, with the peace agreement signed in November, which put an end to the biggest demonstrations in the country’s recent history. The pact provided for the constitutional referendum to be held in October 2020, which ended up kicking off the constituent process with around 5.8 million votes – 78% said “yes”.

This was the first constitution written by a body with gender parity: 155 constituents were elected by popular vote to draft the new text and abandon the Magna Carta in force since the dictatorship of Augusto Pinochet (1973-1990).

“We are finishing a phase to start another: the stage in which each one of the Chileans will have to decide, with conscience and informed, we will have a new fair constitution for Chile”, these the president of the Constitutional Convention, María Elisa Quinteros Cáceres.

After a year of debate, the new constitution has 390 articles and is divided into ten axes.

The preamble of the new Constitution begins by saying “we, the people of Chile, made up of different nations, freely enact this Constitution, agreed in a participatory, equal and democratic process”.

All measures were approved by at least 75% of the constituents to be included in the final draft. See what are the main novelties of the new proposed Constitution: 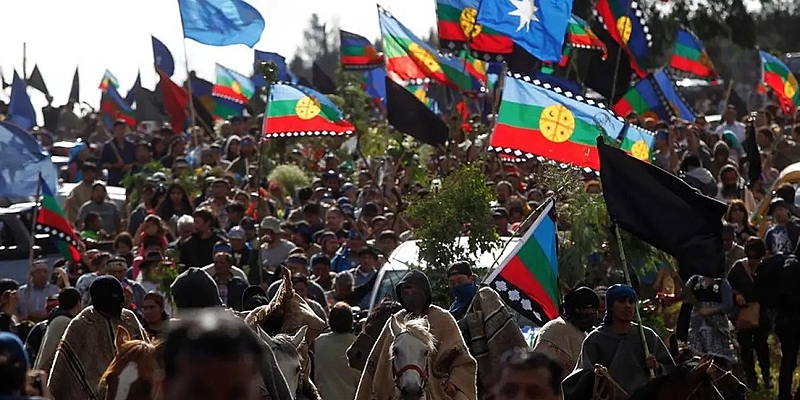 Mapuche people are the majority among the 12.8% of the indigenous population of Chile and were entitled to 7 seats in the Constitutional Convention / Web of Peoples

Although there are ten indigenous ethnic groups in Chile, representing about 12.7% of the population, the State does not recognize the existence of indigenous peoples as distinct nationalities. In this way, these communities are prevented from having their own legal, representative, electoral systems recognized in the current Constitution, among others.

The new Constitution provides for Chile to be recognized as a plurinational state. “The territorial entities and their bodies recognize, guarantee and promote the political and legal recognition of the peoples and nations pre-existing to the State that inhabit the territory: their survival, existence and harmonious development; the equitable distribution of power; use, recognition and promotion of indigenous languages”, says the text approved by the plenary.

In this way, the symbols and flags of the Mapuche, Aymara, Rapa Nui, Lickanantay, Quechua, Colla, Diaguita, Chango, Kawashkar and Yaghan, Selk’nam nations will be recognized as national emblems.

“We have had difficult times, like nature, we have lived through hard winters, but we can say that we are ready to blossom in a spring,” said Elisa Loncón, Mapuche leader and first president of the Constitutional Convention.

The main areas inhabited by the Mapuche peoples, the so-called Wallmaputo the south of the territory, and Aymara, to the north, are also militarized by the carabinieri — Chilean military police.

The new text recognizes Chile as a “solidarity, inclusive and equal republic”, with inalienable values ​​of “freedom, substantive equality among human beings”.

It determines that each state body must encourage the active participation of citizens. The possibility is also created for new laws of popular initiative to be proposed to the Legislative Power, as long as they have the support of 3% of the electorate. 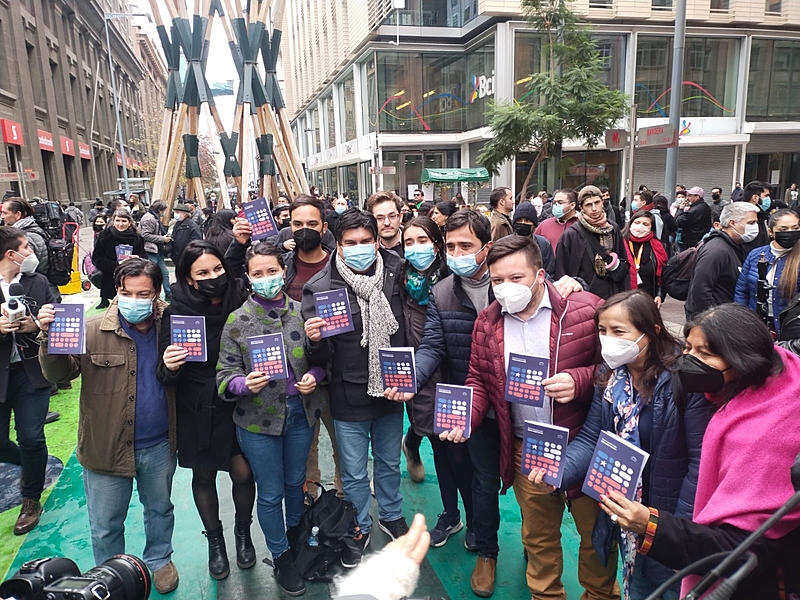 The new Magna Carta proposes that there is gender parity in all branches of the State. The Legislature will be formed by two parity chambers with 155 parliamentarians elected by direct vote.

It also indicates the creation of Regional Chambers with three elected representatives.

The Executive will continue to be governed by a presidential system, with a term of four years and the possibility of immediate reelection – the rule does not apply to current President Gabriel Boric.

Learn more: After 48 years of the coup, what is Allende’s legacy for the constituent in Chile?

The Judicial Power will be incorporated the courts of instances: civil, criminal, family, work; as well as appellate courts and the Supreme Court. The Council of Justice will be in charge of appointing the magistrates and managing the judiciary.

The State will also recognize the justice system of indigenous peoples and incorporate it on an equal footing.

Chile was considered a laboratory for the neoliberal model that became hegemonic in the 1970s. Although the new constitution increases the State’s supervisory functions over finance, it maintains the autonomy of the Central Bank.

The proposed new Constitution recognizes access to health and education as a right for all. It proposes the creation of the National Health System with public funding and universal access. The private sector must also have its prices and procedures inspected by the State.

Access to education will also be universal and the text is clear in prohibiting educational institutions from making a profit. It determines that education must be secular, free, of good quality and non-sexist.

The text also changes the social security system, which today is based on Pension Fund Administrators (AFPs) – private institutions that control workers’ savings and use them to reinvest in the stock market. The new Magna Carta determines that social security must be based on universality, solidarity and funding must come from workers and companies, through taxes. 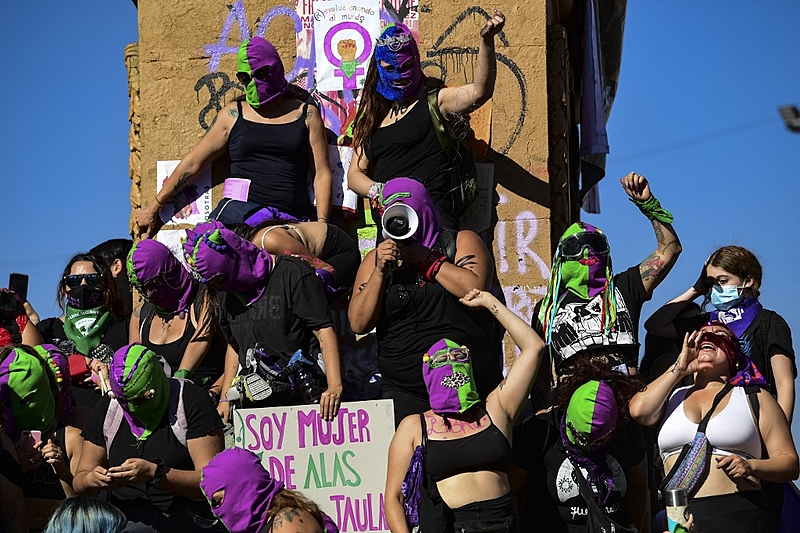 Women were protagonists of popular acts in Chile, Argentina and Colombia during the pandemic / Martin Bernetti / AFP

The new constitution determines that all State bodies, as well as public companies, must be composed of 50% men and 50% women.

It also describes that the State is responsible for guaranteeing and promoting a life free from gender violence. Therefore, it provides for the right to identity for everyone.

Analysis | The “green tide” of abortion decriminalization in Latin America

This will be the first Chilean Constitution to recognize sexual and reproductive rights, which means that people are free to autonomously decide about their own bodies and the exercise of sexuality, reproduction, pleasure and contraception.

In this way, the new text provides for the right to terminate a pregnancy voluntarily, freely, safely and accompanied by multidisciplinary teams within the public health system.

In September of last year, the Chamber of Deputies of Chile had recognized the right to abortion until the 14th week of pregnancy. The proposal remains under review by the Senate. At the same time that the PL was approved by the deputies, a survey by the company Ipsos pointed out that 73% of the population defended the right to abortion and 41% believed that it should be completely legalized. 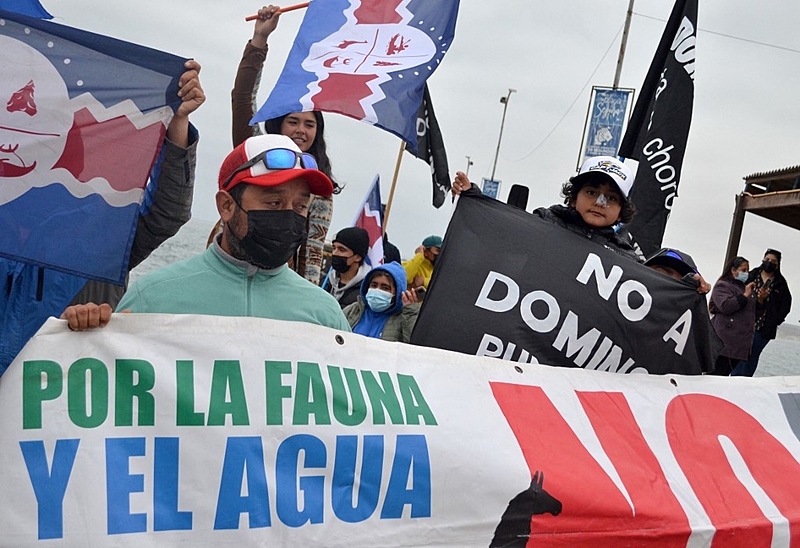 For the first time a Constitution recognizes the rights of nature. The text identifies that the world is going through a climate emergency and that it is the responsibility of the State to reduce actions that pollute, deforest or destroy environmental diversity.

It also states that the State must guarantee universal access to water and basic sanitation, creating a constitutional statute for water to return to public control. During the Pinochet dictatorship, Chilean rivers were privatized to transnational mining companies. The new law proposes the creation of a National Water Agency that will grant bids for the use of natural water sources. Likewise, the organism must protect glaciers and protection zones.

The new constitutional text also suggests the creation of the Constitutional Statute of Minerals to protect all sources of minerals in the country. Mining is responsible for about 15% of the national GDP and represents 60% of the country’s exports, especially lithium and copper.

Although the entire process had broad popular participation, the latest opinion polls indicate that the new constitutional proposal could be rejected. According to Cadem’s June poll, 45% said they would vote “no”, while 42% of respondents would vote “yes” to the new Constitution. However, 50% said they believe they will win “approval” in the September 4th referendum. About 13% of respondents said they did not know what to say.

There are sectors of left calling for the null vote as a criticism of the lack of public budget to implement reforms contained in the constitution, as well as the permanence of people detained during the 2019 protests.

Faced with the media propaganda against the text, alleging that the constituents would not be prepared to write a new constitution, the president Gabriel Boric called on everyone to “not believe lies” and to “read carefully” the new constitutional text.

The Chilean government is also preparing draft amendments to the current constitution, in case the new Magna Carta is not endorsed in the plebiscite.

Ani Lorak gave a concert for the first time since the beginning of the war. At a wedding in Armenia