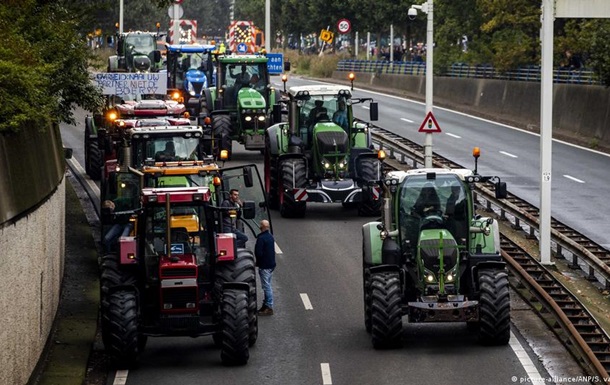 They are protesting against tougher environmental regulations. At the request of the authorities, emissions of nitrogen oxides into the atmosphere must be reduced by more than 70 percent.

In the Netherlands, farmers on Monday, July 4, blocked the distribution centers of supermarkets in protest against the tightening of environmental regulations. Protesters blocked access roads to many centers with tractors and hay bales. Fishermen supporting farmers blocked several ports in solidarity. DW.

As a result, ferry traffic was disrupted with almost all the islands in the Wadden Sea in the northern part of the Netherlands. Ferry companies have warned vacationers about long delays. The Dutch Central Food Trade Association called the protesters’ actions unacceptable, warning that this could lead to food shortages in stores.

Farmers, announcing protests, expressed their intention to “paralyze the entire country.” Airports in the Netherlands are also preparing for blockades. The police intend to intervene if the demonstrators block access to Schiphol International Airport near Amsterdam.

In recent weeks, farmers have repeatedly protested against the new environmental regulations. In some cases, the protests were accompanied by violence.

At the request of the authorities, emissions of nitrogen oxides into the atmosphere must be reduced by more than 70 percent. The government estimates that this will lead to the bankruptcy of almost 30 percent of livestock farms. Animal husbandry is the main cause of high levels of nitrogen oxide emissions, according to the authorities. The Supreme Court of the Netherlands ruled in 2019 that it is no longer acceptable to exceed the allowable emissions of nitric oxide.

Recall that thousands of protests continue in the autonomous republic of Karakalpakstan, which is part of Uzbekistan. They are caused by the fact that President Shavkat Mirziyoyev initiated amendments to the country’s Constitution.

The court canceled the decision to block the OVD-Info website and sent the case back for a new trial. The judge was reprimanded