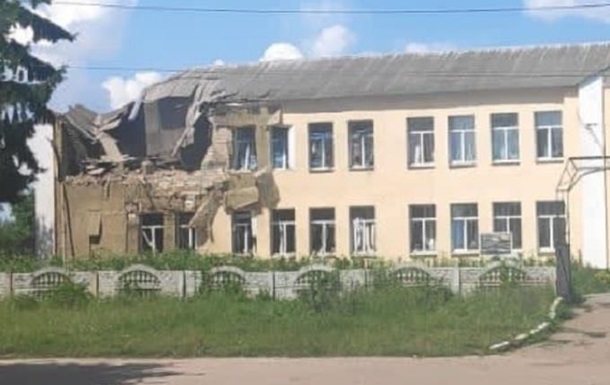 The school building was severely damaged.

The rocket attack was carried out by the enemy from the territory of the Russian Federation, the military noted.

In the Sumy region, an enemy helicopter from the territory of Russia fired two missiles at a school building. About it informs Operational Command North on Monday, 4 July.

“Today at 13:07, shelling of the Sumy region was carried out from the territory of the Russian Federation. In particular, the enemy fired two missiles from a helicopter at the Esman territorial community. The premises of the school were damaged,” the report says.

There are no losses among personnel and equipment. Information on casualties among the civilian population, according to preliminary data, is not available.

Recall that during the day on July 3, Russian troops fired at the territory of the Sumy region. In total, more than 230 mines and shells were fired. Three people were injured.


Invaders shelled border settlements more than 100 times in a week