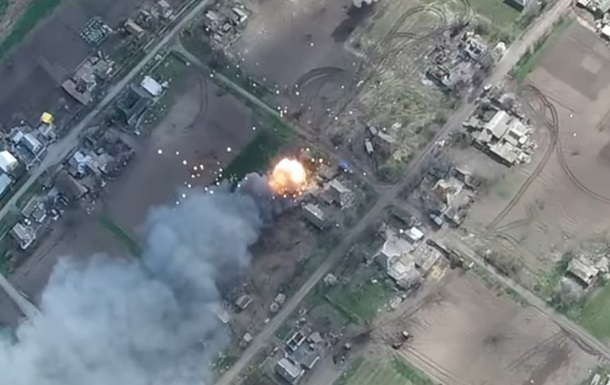 Also over the past day, 47 Russian military personnel, artillery mounts and other enemy equipment were destroyed.

In the Nikolaev region, the Ukrainian military opened fire on two enemy ammunition depots. About this on Monday, July 4, reported in Operational Command South.

“At two enemy ammunition depots in the Bashtansky and Snigirevsky districts of the Nikolaev region, we carried out air and missile strikes. There is confirmation of the elimination of one train, the rest of the results are being reconnoitered,” the report says.

It is also reported about the elimination of the enemy UAV Orlan-10, which reconnoitred the positions of the Armed Forces of Ukraine in the Kherson region.

Also, over the past day, 47 Russian soldiers, two self-propelled gun mounts, an Msta-B howitzer, a radar station and an electronic intelligence station, as well as three armored vehicles were destroyed.

Earlier it was reported about the destruction of the largest ammunition depot of the Russian Federation in the Donetsk region.

Recall that on June 20, the ammunition depot of the occupying troops was also on fire in Donetsk.